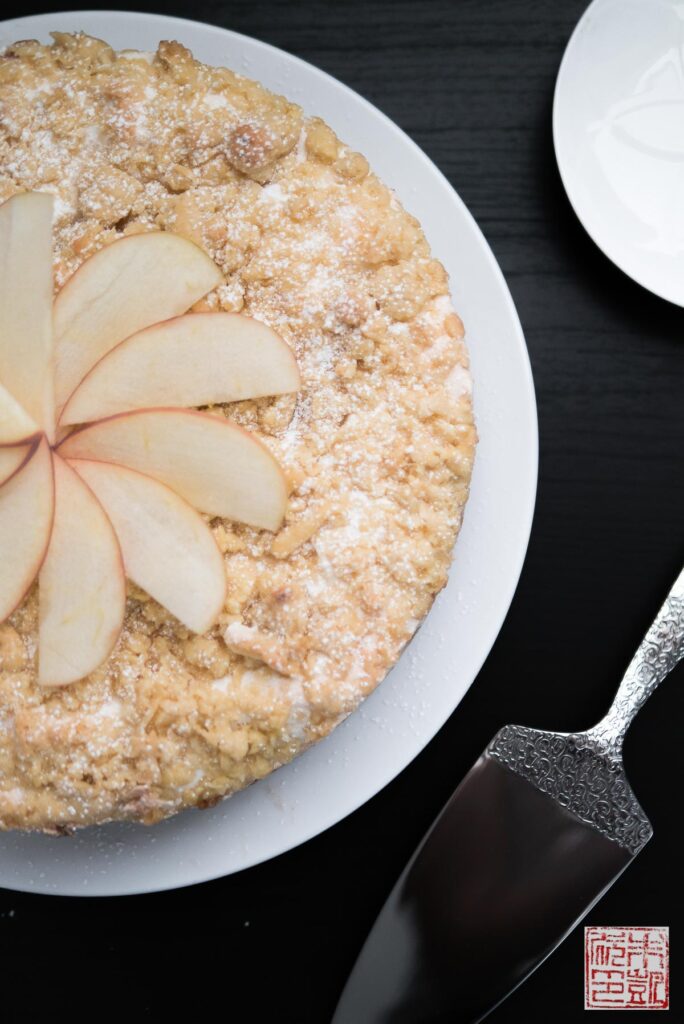 The days are getting shorter, the nights are getting crisper, and fall baking season is fully underway.  I’ve spent the last few weekends baking various things with apples because it just feels so properly autumnal, and also because Isabelle, at four and half, declared herself capable of learning how to peel apples. She was right; with the proper peeler she went to town on the apples in our kitchen and left me with a pile of peeled apples and need for some recipes to use them up. 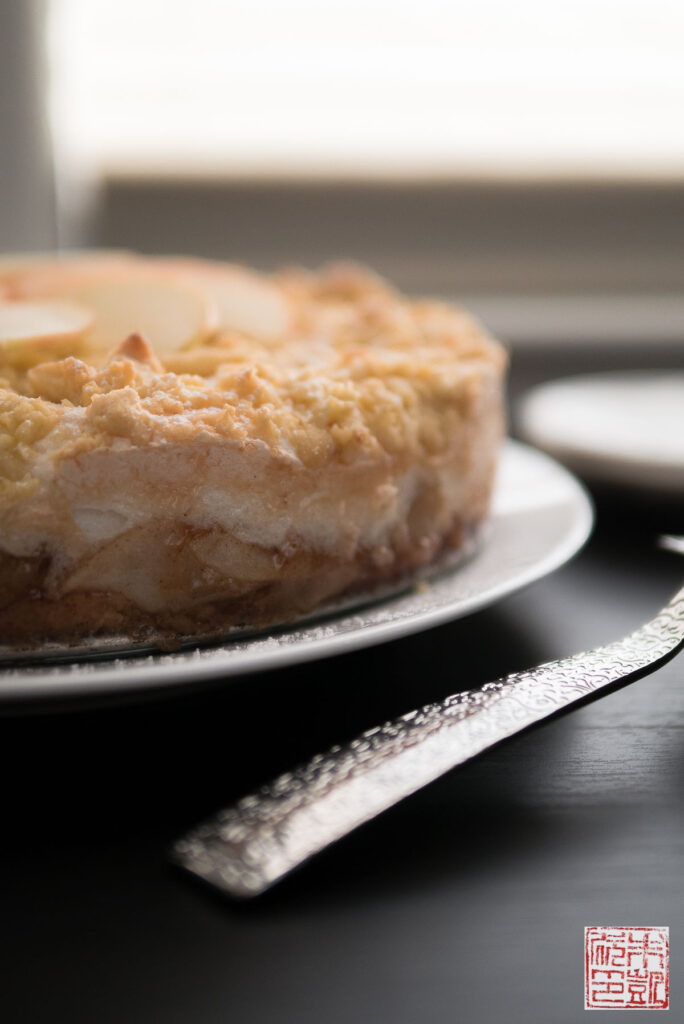 One recipe, this apple meringue crumb cake from Traditional Jewish Baking by Carine Goren, caught my eye since I’ve never made something like this before. Cinnamon spiced apples are layered on top of a short crust, covered with a decadent cloud of sweet meringue, and then sprinkled with a streusel-y crumb topping. It looks like a version of Goren’s signature plum cake recipe, with apples substituted for the plums. The cake is low-fuss and simple to assemble, although the lack of crust on the sides might throw you. Don’t worry: after baking, it becomes a gloriously cohesive whole and a wonderful progression in textures, from the crisp, crackly meringue to the juicy, spicy apples to the buttery, crumbly crust. 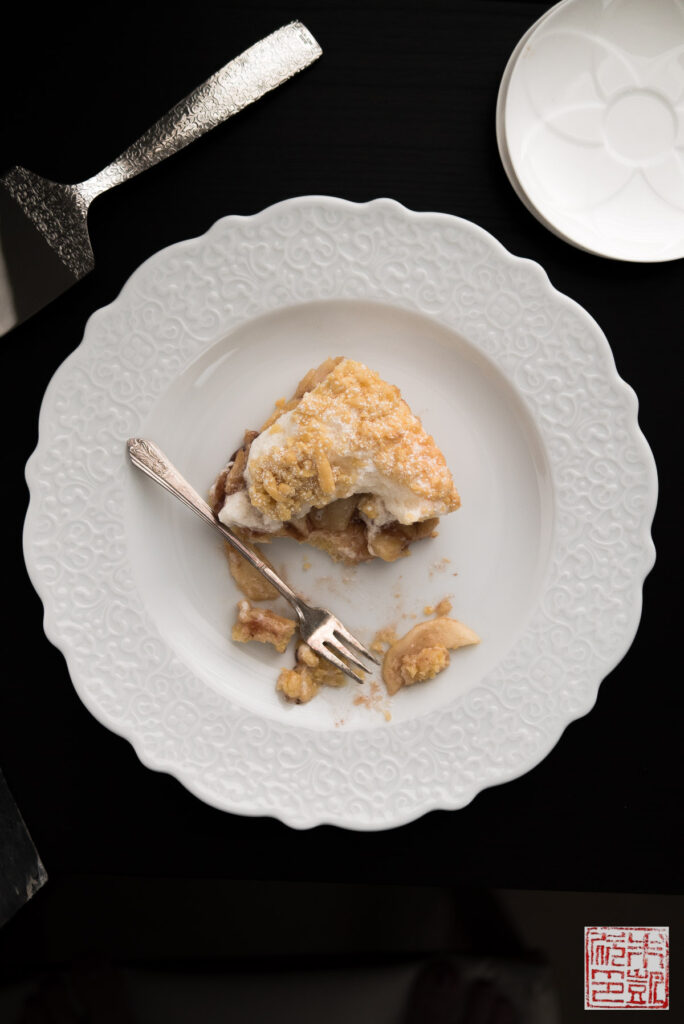 The neat time-saving thing about this recipe is that the same dough is used for the cake base and for the topping. There seems to be more dough than is needed, so feel free to wrap up and freeze the leftover dough for another time. As I mentioned, I’ve seen similar recipes for fruit-filled cakes, so you could use sliced plums or peaches, or even rhubarb or berries in the summer. It’s a simple, cozy, comfort dessert  – perfect for the autumn baking season. 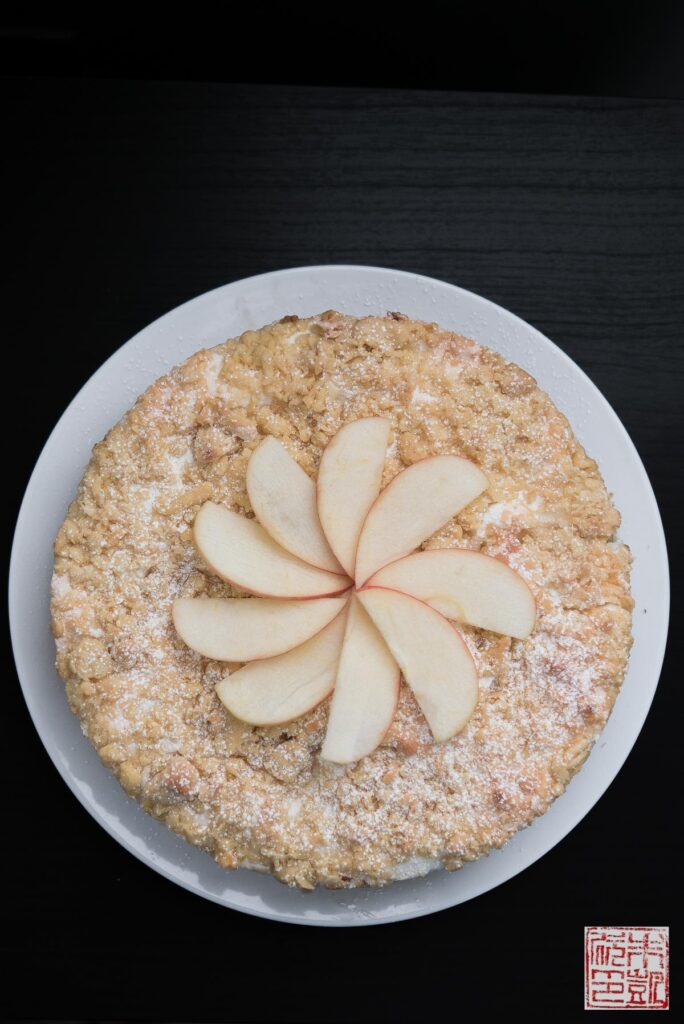 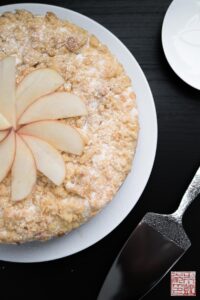