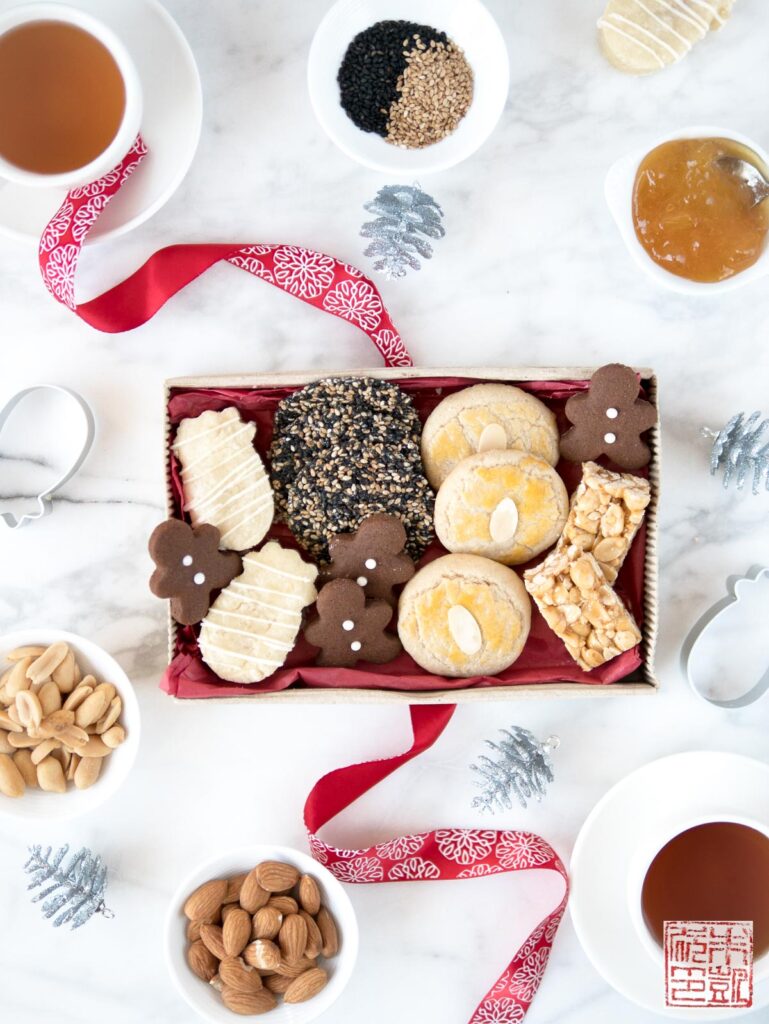 Happy holidays! These Chinese almond snickerdoodles are part of a sweets box filled with versions of some of my favorite Asian treats. It’s my take on a cookie box this year. Although there are many holiday traditions and activities that we had to take a break from, at least hopefully only until next year, the holiday cookie baking marathon is going strong in our house. 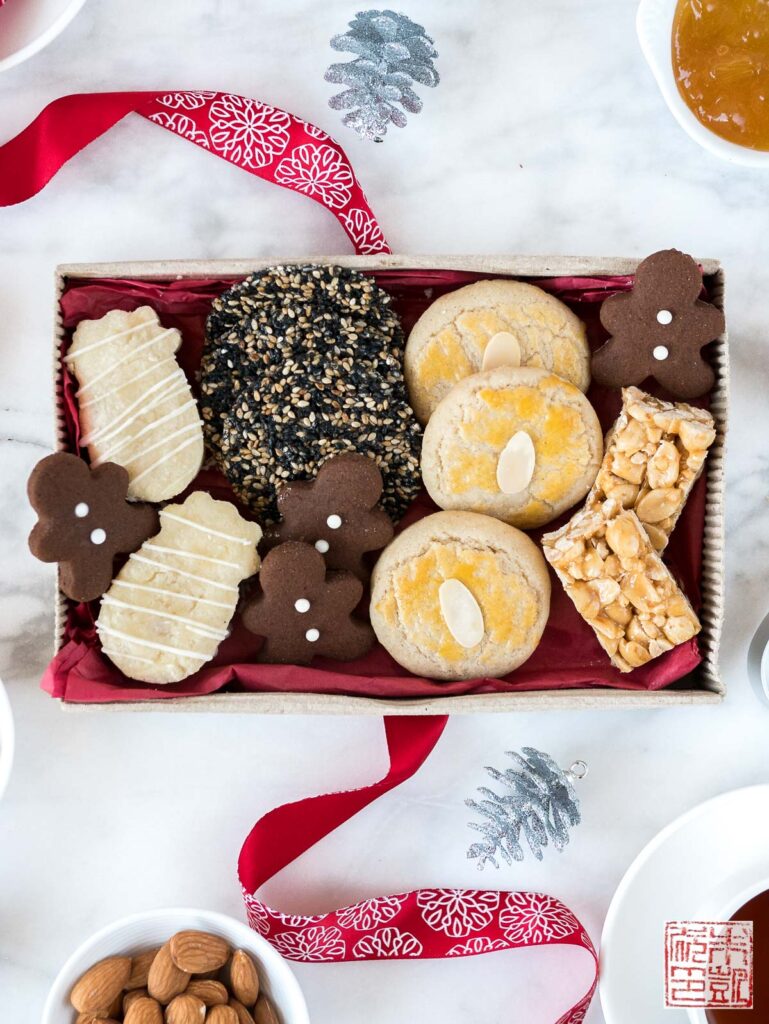 This holiday season,  I was inspired to make some of my favorite Chinese/Asian sweets for a sweets box. From left to right, there are: 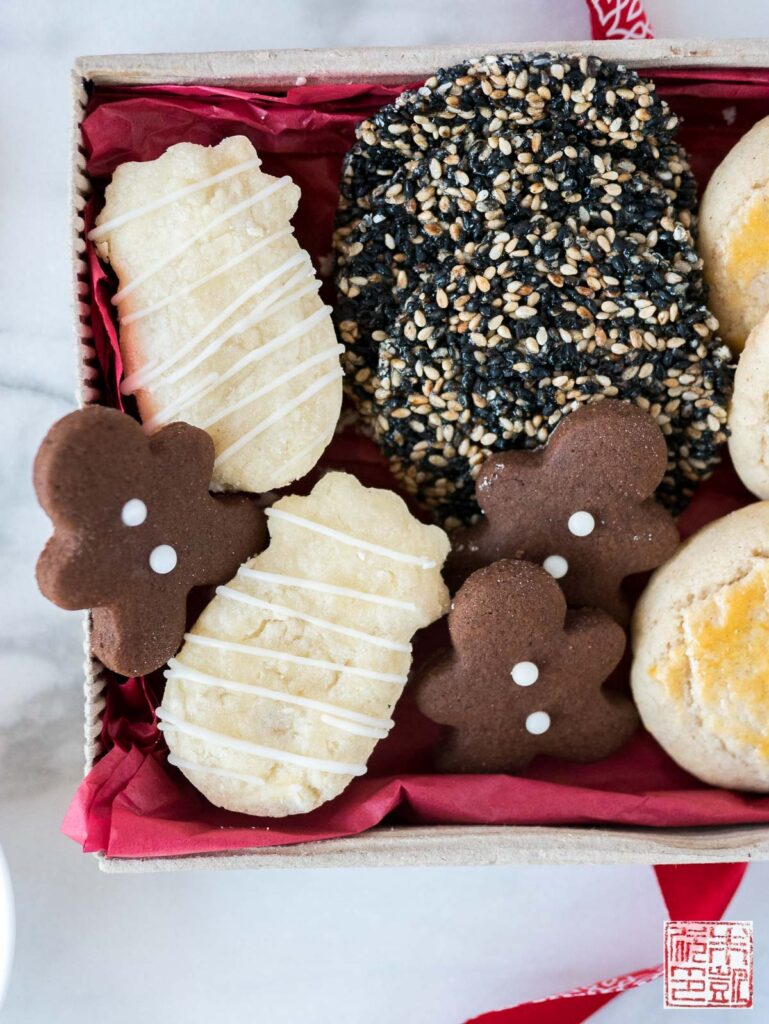 Lots of goodies to fill up the box! 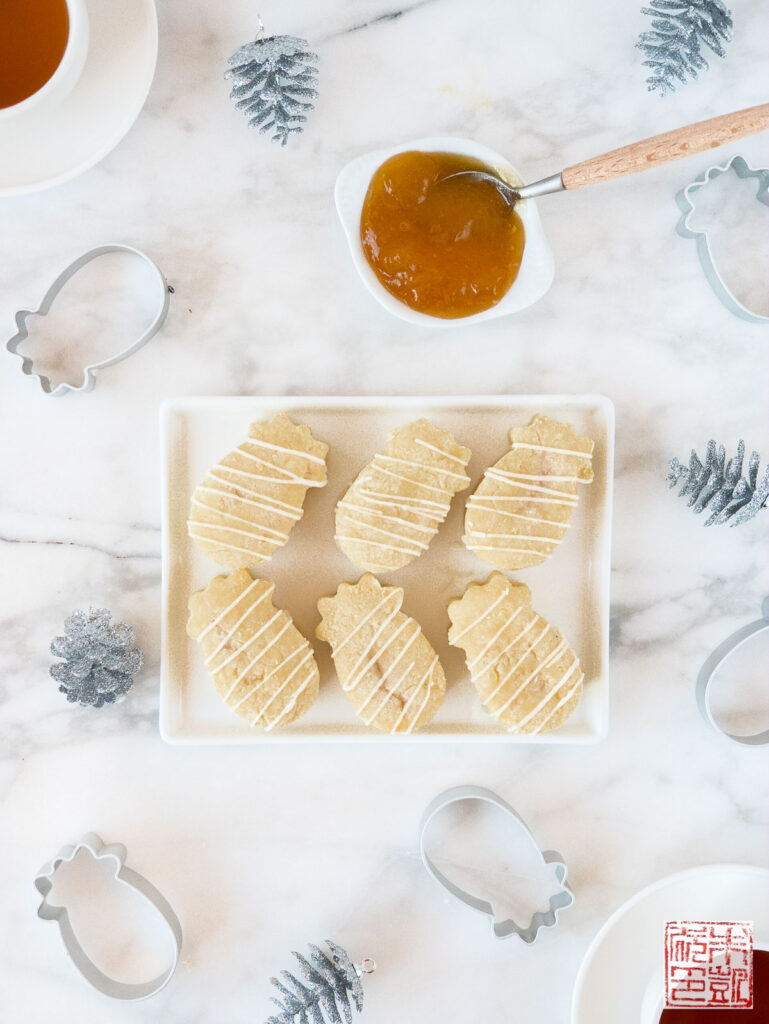 Just a couple shots of the pineapple cakes on their own and the molds. I used about 30g of dough for each mold, put a dollop of filling in the center, and formed the dough around it. The dough is fairly tender, so if you see the jam breaking through the dough in places, you can patch it with some more dough. Once you have the dough packed into the mold, tap it gently against the counter to flatten out the surface and help it bake up smoothly. 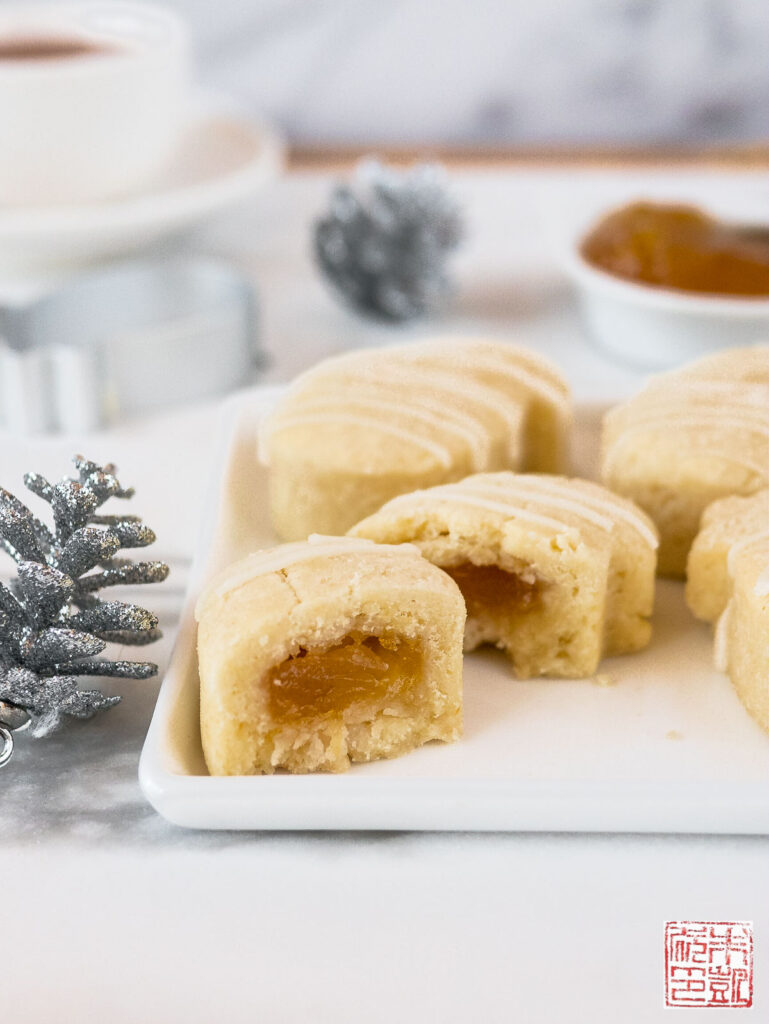 I actually used a pineapple-passion fruit jam I found for the filling and it worked beautifully; combined with the pineapple shape it gave these cakes a really tropical feel, and I know we could all use a tropical vacation right now! 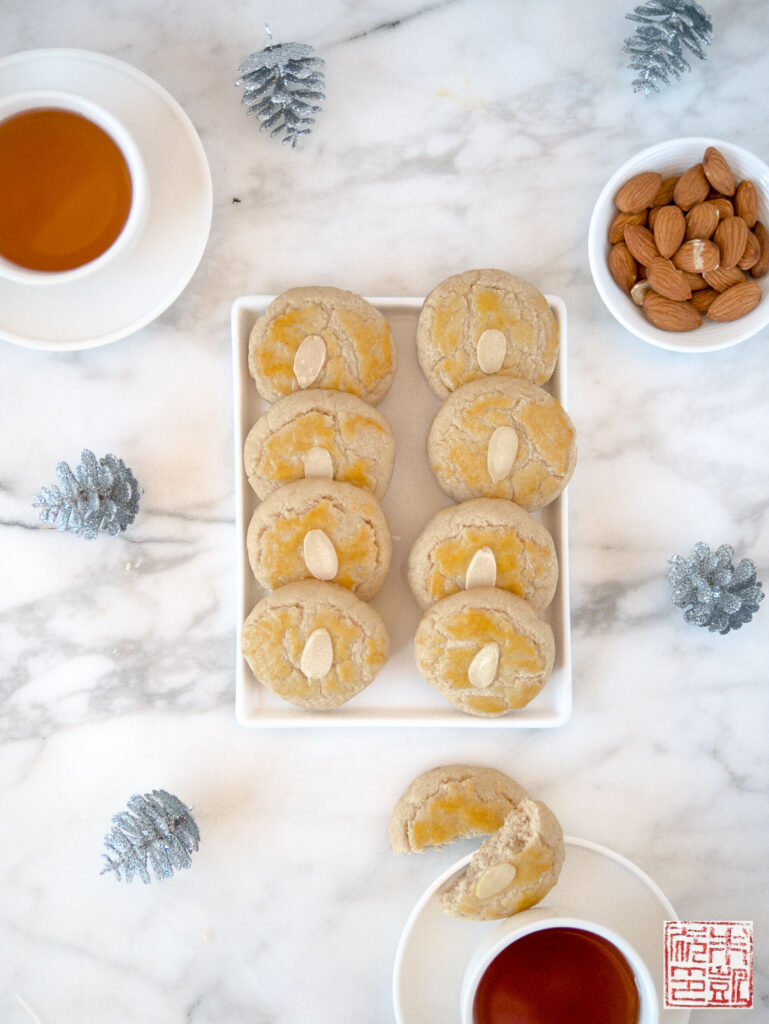 I linked to recipes for all the other cookies and candies, but the recipe for the Chinese almond snickerdoodles is below. The traditional Chinese almond cookies are made with lard and are very crisp and crumbly. This version definitely has more of a snickerdoodle texture because of the butter, and I also used shortening to give a melt-in-your mouth delicacy. The combination of cinnamon and almond makes this a warm hug of a cookie. These went super quickly in the house!

Wishing you and yours a safe and beautiful holiday. 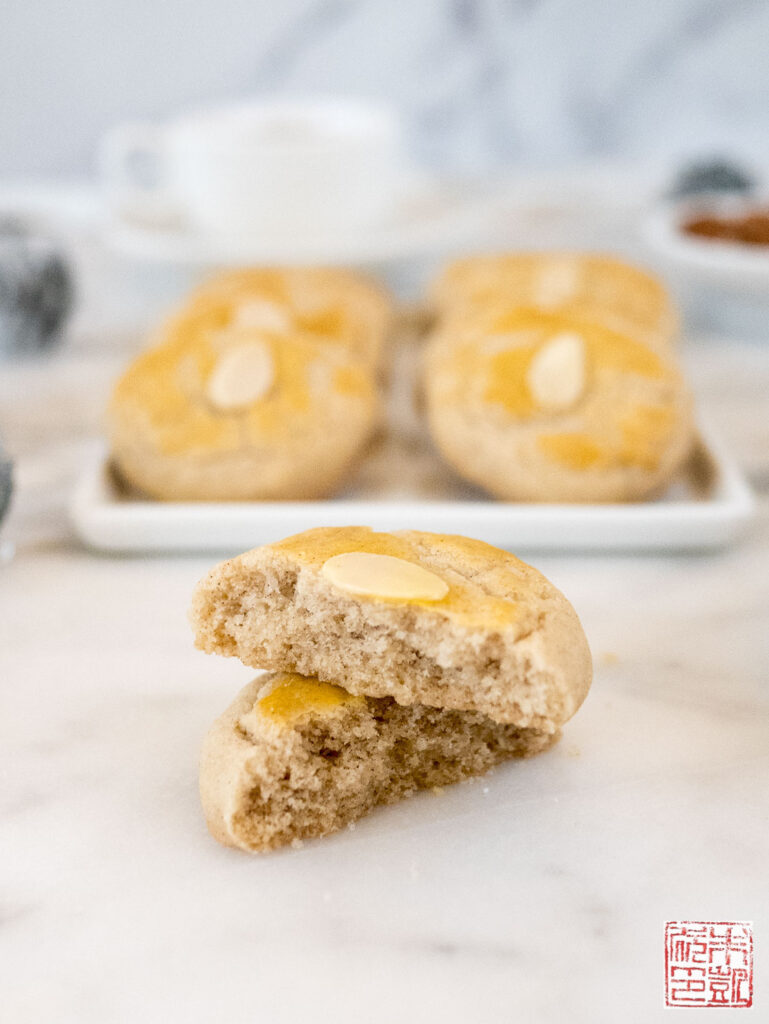