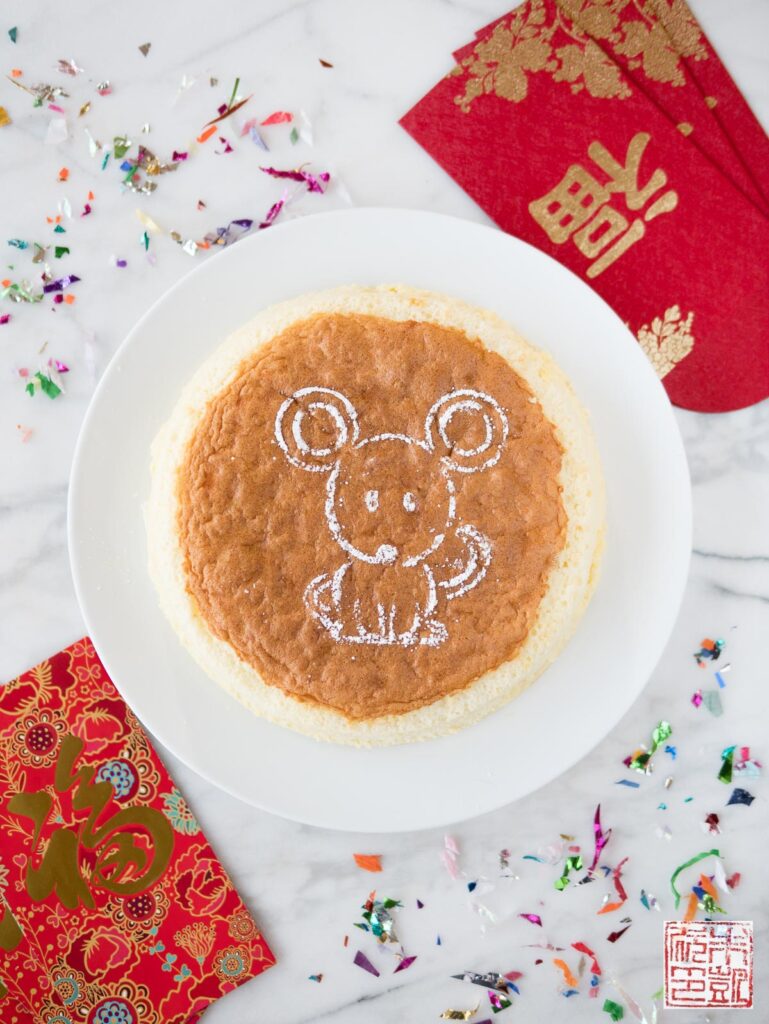 The lunar new year is on January 25, and I’m celebrating the Year the Rat with some cheesecake. Namely, Japanese style cotton cheesecake adapted from Joanne Chang’s Pastry Love. Coincidentally, this recipe appeared in the New York Times around the time I was contemplating making it so maybe we were on the same wavelength! 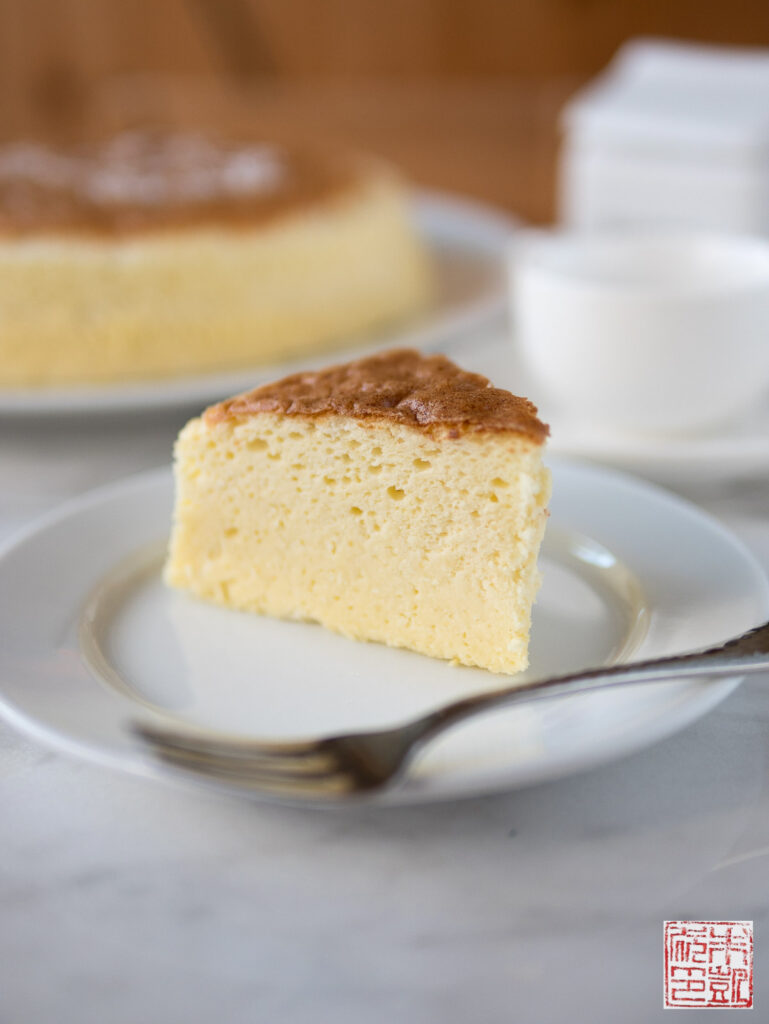 Although this style of cheesecake, which is very light, soft, and almost soufflé-like, originated in Japan, it’s quite popular in many Asian countries including China. My mom is a particular fan, so I knew one day I’d have to perfect a version for her! 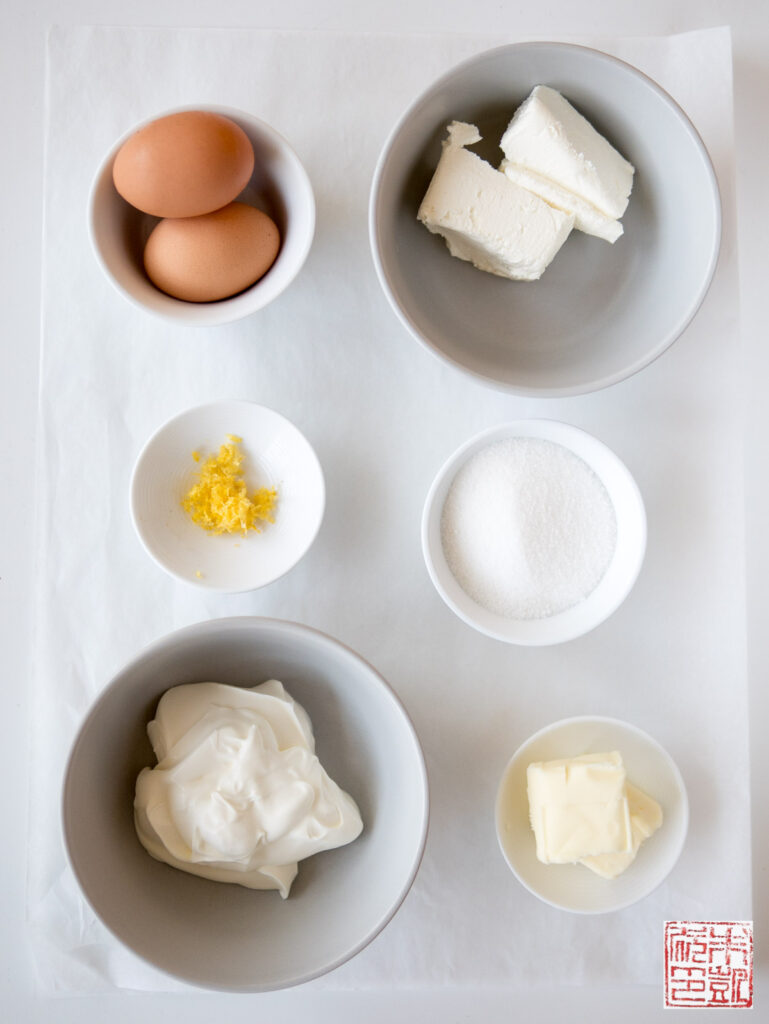 This is a particularly refined, technique-dependent cake. None of the ingredients or steps are particularly unusual, but it’s definitely a cake where understanding your kitchen and what you’re doing will make a big difference. For example, one of the most common complaints I’ve seen is that the cheesecake will bake up with a perfectly light and fluffy top layer, but the texture gets increasingly dense and gummy towards the bottom. The explanation is that the egg whites weren’t properly whipped and then not evenly folded into the batter, resulting in an uneven texture. That’s easy to understand, but the first few times I tried making cotton cheesecake, years ago, I had the same problem, even though I thought I being careful. It took me a while to gather up the courage to try it again!

I like Joanne’s recipe because it seems pretty robust; my cheesecake was not perfect on the first attempt but it was very, very good taste-wise and texture-wise. I made it a couple more times to see if I could improve on the finished appearance, and I’m still not 100% there, but at least I know this is a good base to build on. If you follow the directions, you should get a good result; you can figure out how to refine it to reflect your own personal technique and kitchen conditions, or you can be confident that even you just stick to the recipe as it you will have a delicious cotton cheesecake to enjoy. 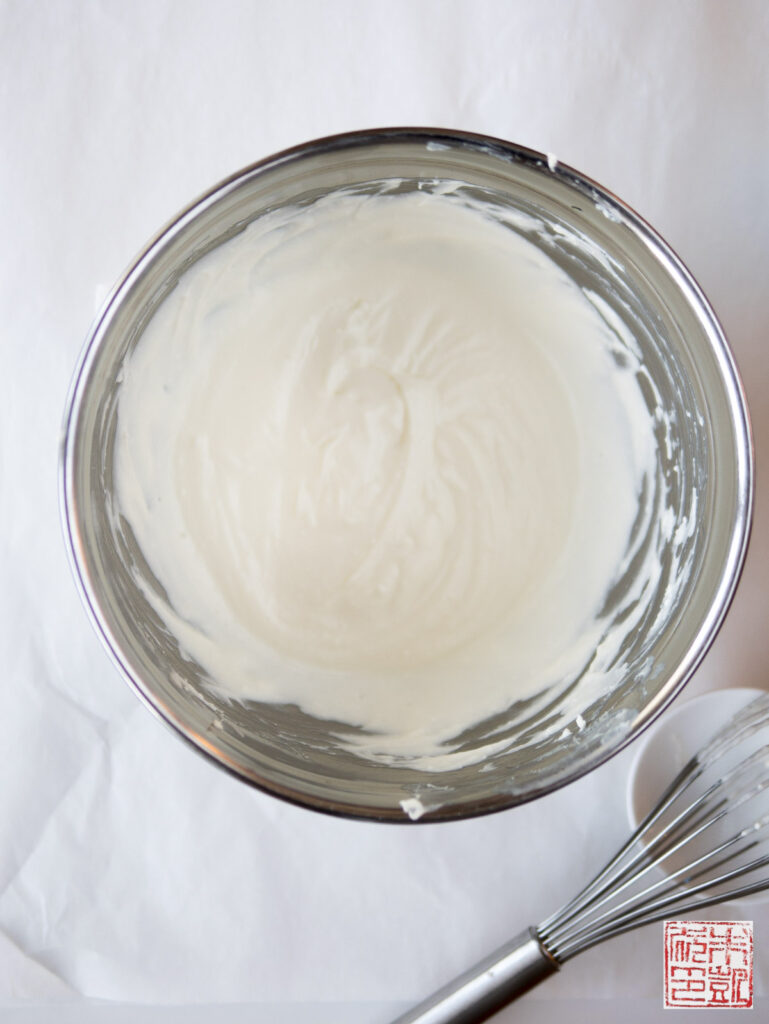 Most of the many recipes for cotton cheesecake emphasize similar tips and tricks in order to get the perfect, fluffy, cotton-soft cheesecake. Here’s what worked for me:

That’s what I’ve been doing for the first couple weeks of the year – baking and eating a lot of cotton cheesecake. I’ll probably have my last slice for Chinese New Year, and then I’ll move on to something else for a while – say Valentine’s Day? The holiday season hasn’t let up at all since November! Gung Hay Fat Choy and my best wishes for health and prosperity in the Year of the Rat! 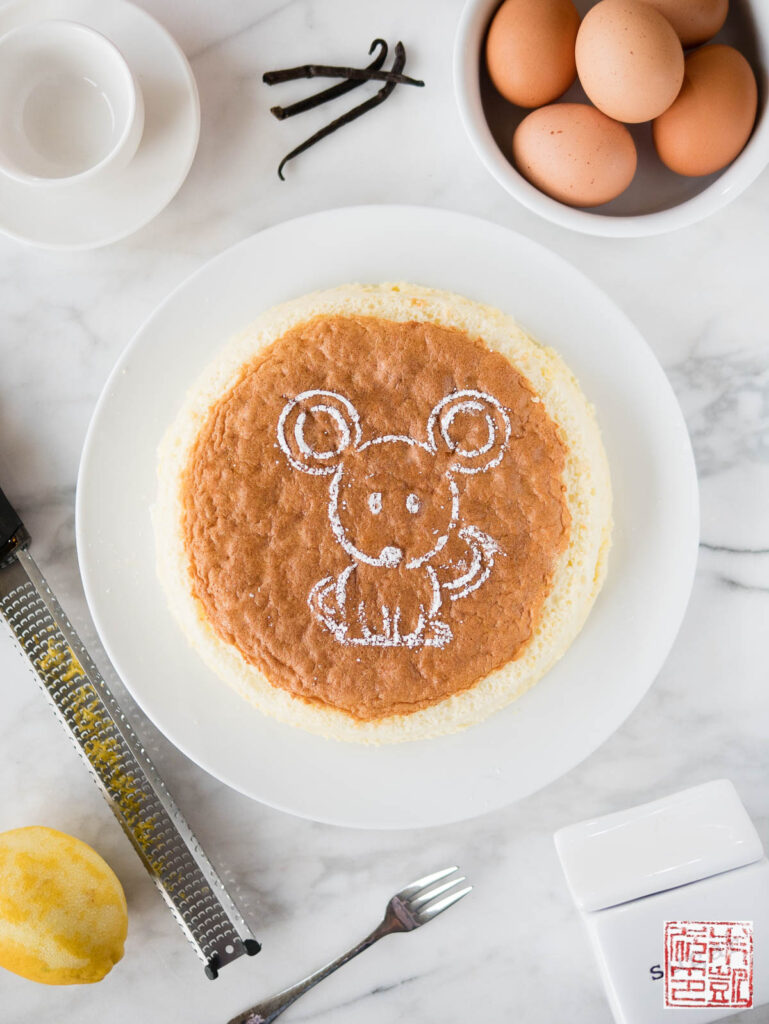