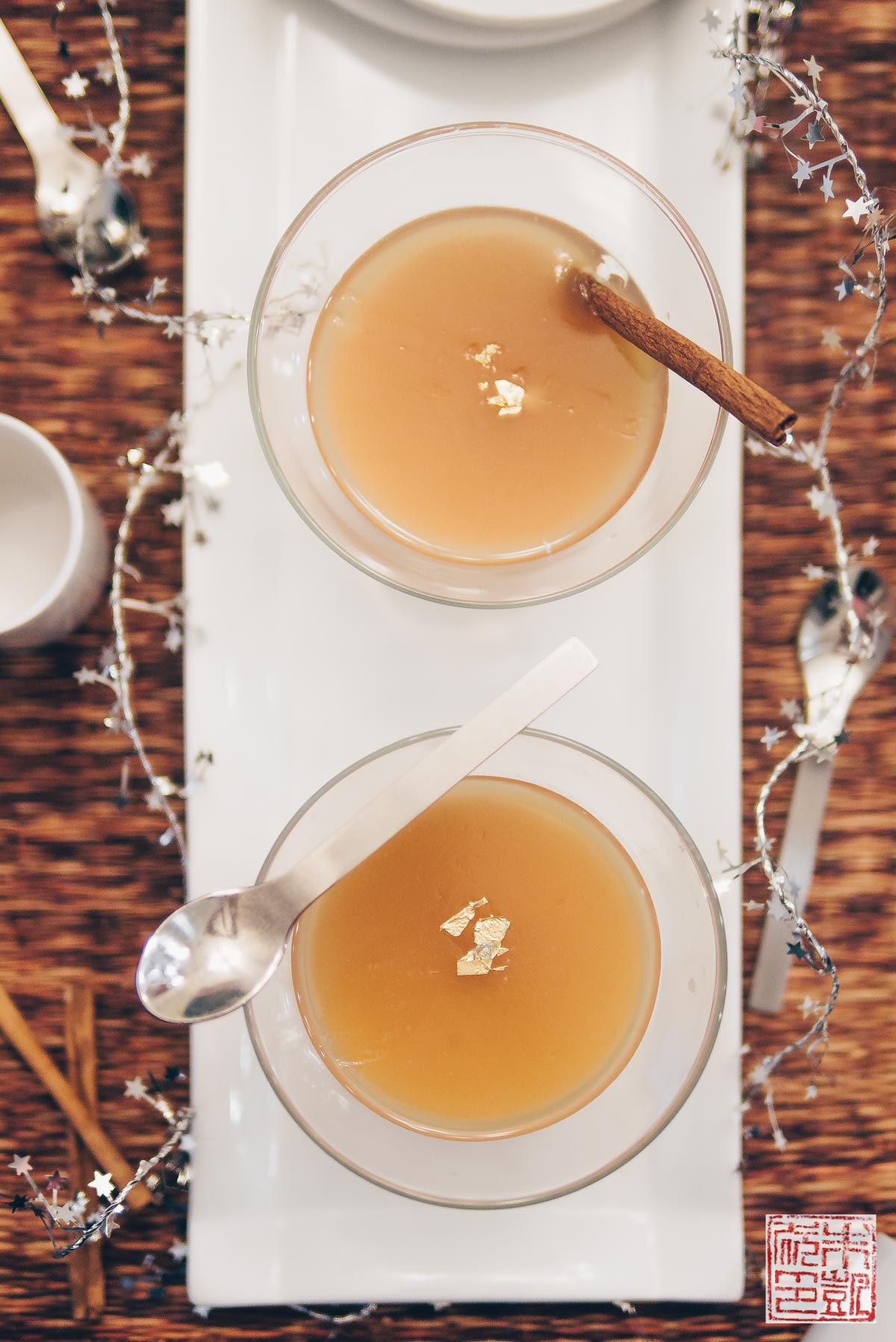 Inspired by the beautiful panna cotta I had at the Botanist Gin dinner, I wanted to make a panna cotta dessert for the holidays. Since I had apple cider for Thanksgiving in the house, I used this recipe from Food and Wine to make some vanilla apple cider panna cottas.  The vanilla and cinnamon give the panna cotta a holiday flavor, and the layer of apple cider gelee makes a nice contrast with the smooth creaminess below, especially if you use spiced apple cider. 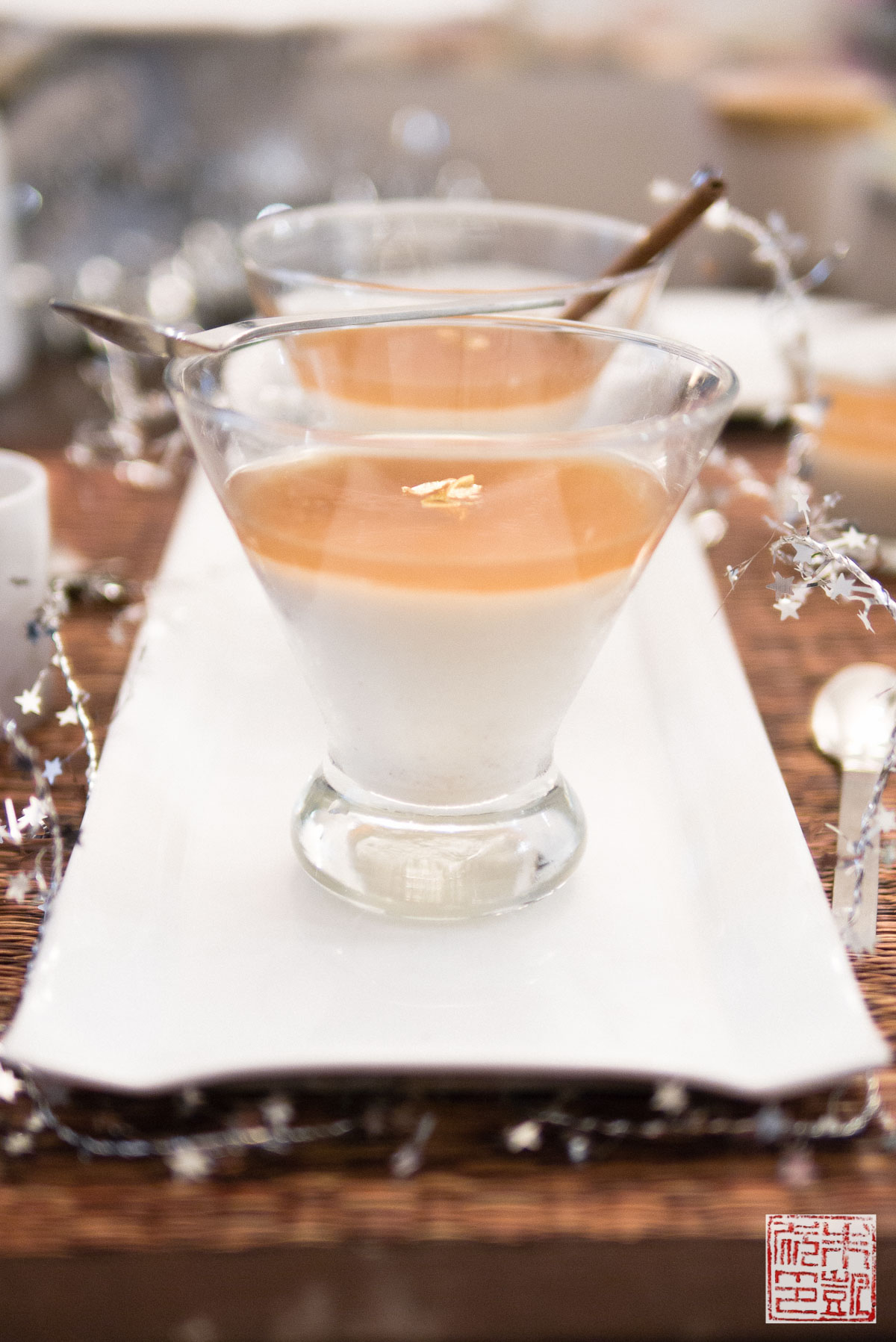 If you want to make them in regular ramekins, you can unmold them by dipping the bottoms in hot water for about 30-45 seconds, running a thin bladed knife around the edge, and inverting onto a plate. However, I really like the presentation in glasses as it shows off the layers nicely and reminds me a bit of those fancy cocktails I used to love getting so much at restaurants!

It’s mid afternoon here and everyone is winding down and getting ready for Thanksgiving. If you’re traveling, safe travels. I’m looking forward to staying cozy at home with my family and enjoying a long holiday weekend. Have a warm and happy Thanksgiving! 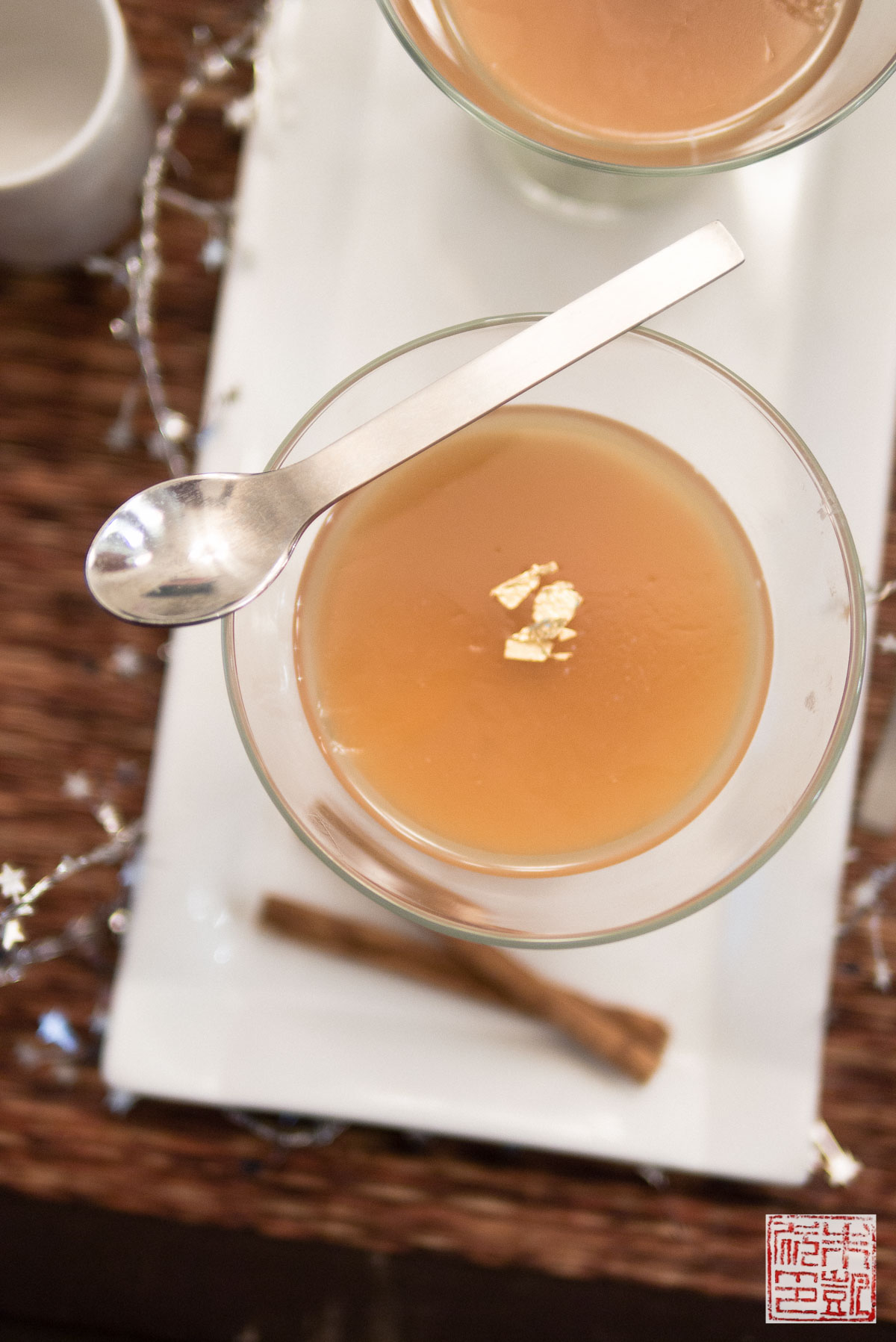