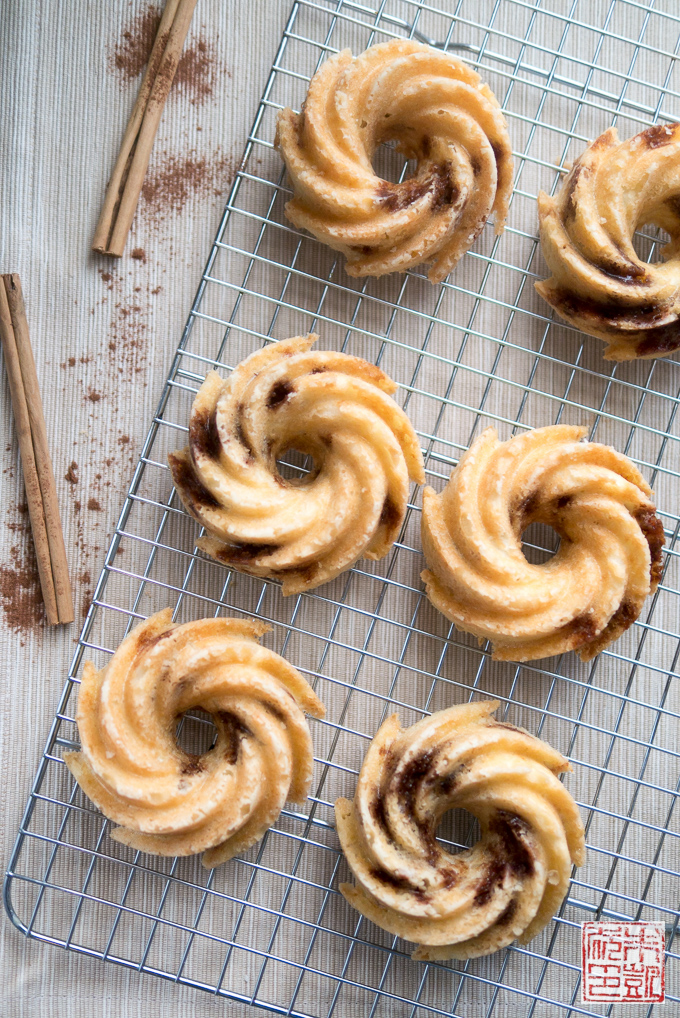 I know fall and October are all about pumpkin-ing everything, but for me it’s the scent of spices that speak of grey skies, cooling weather and holiday season to me. Example #1: This pistachio-cardamom cake from a couple weeks ago. Example #2: This cinnamon roll pound cake – or mini cake, to be exact, that gives me the warm, wrapped-in-a-cozy-sweater fuzzies.

Disclosure: There are Amazon affiliate links in this post. 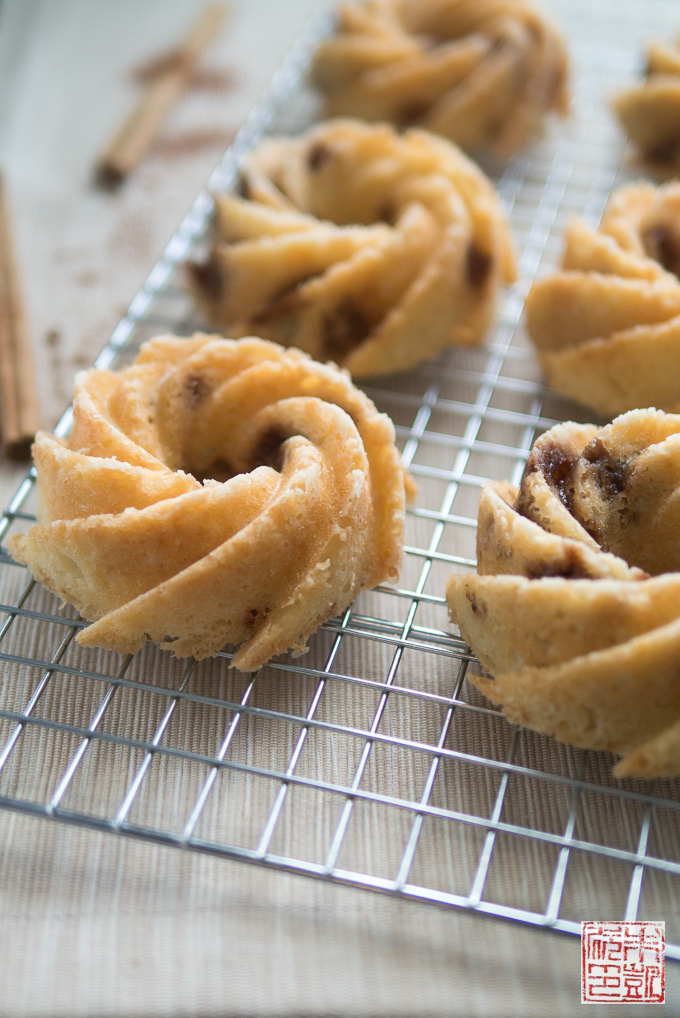 , titled after her own blog, is the equivalent of a big, warm hug from your grandmother. The “baking gene” runs in Jocelyn’s family, and her site is a tribute to them, especially her grandmother “Big Mama”, and to how they inspired her to start baking and create her own delicious recipes.

Jocelyn’s cookbook is similarly filled with warm reminiscences about her childhood and the constant stream of goodies coming out from her grandmother’s kitchen. The old family photos and personal headnotes throughout the book really make it seem like you’re reading a treasured family cookbook, passed down through the generations. As I read through the book, I felt like I was in Jocelyn’s kitchen listening to her share stories about her aunts and uncles and cousins while she was whipping up a cake for me. She’s managed to capture one of the true joys of cooking and baking: the love that’s shared between making and eating food together. 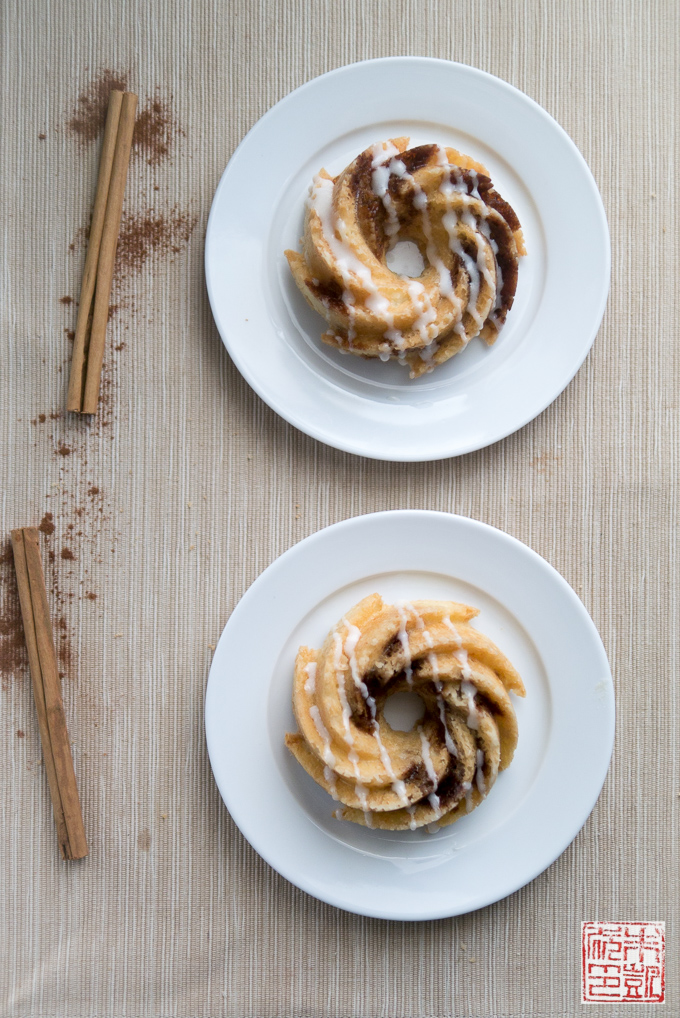 Leafing through the book, the Cinnamon Roll Pound Cake caught my eye. Among all the spices in our cupboard, there’s no disagreement in our house on cinnamon. I love cinnamon, my husband loves cinnamon – cinnamon rolls are a no brainer for our household. I loved that Jocelyn described this cake as a way to have cinnamon rolls without having to deal with yeast. How could I not give it a try?

The recipe is designed for a standard 12 cup bundt cake pan. Because I had a new Bundtlette Cake Pan

that I really wanted to try out, I halved and modified the recipe slightly to make it fit. (See Jocelyn’s original recipe here.) Check the capacity of your bundt pan; my mini bundt pan had a 4 cup capacity so even after halving the recipe I had some batter left over, which I baked in a small loaf pan. This recipe bakes up best in a bundt pan, so I’d use that instead of a regular cake or loaf pan, but they will work in a pinch.

The cake batter, sweet with butter and sugar, is swirled with a rich streak of cinnamon goo, just like the best cinnamon rolls. The drizzle of cream cheese icing on top completes the homage to the traditional cinnamon bun. It’s kind of a cross between coffee cake, pound cake, and bundt pan, but whatever you choose to call it, it’s delicious. The crumb is solid but not too dense, and wonderfully tender  – a perfect tea time cake. If you like the contrast of a crisp exterior to a soft interior, baking this cake mini-style in this swirl pan means more crisp outside surface area. Look at all the swirly ridges! 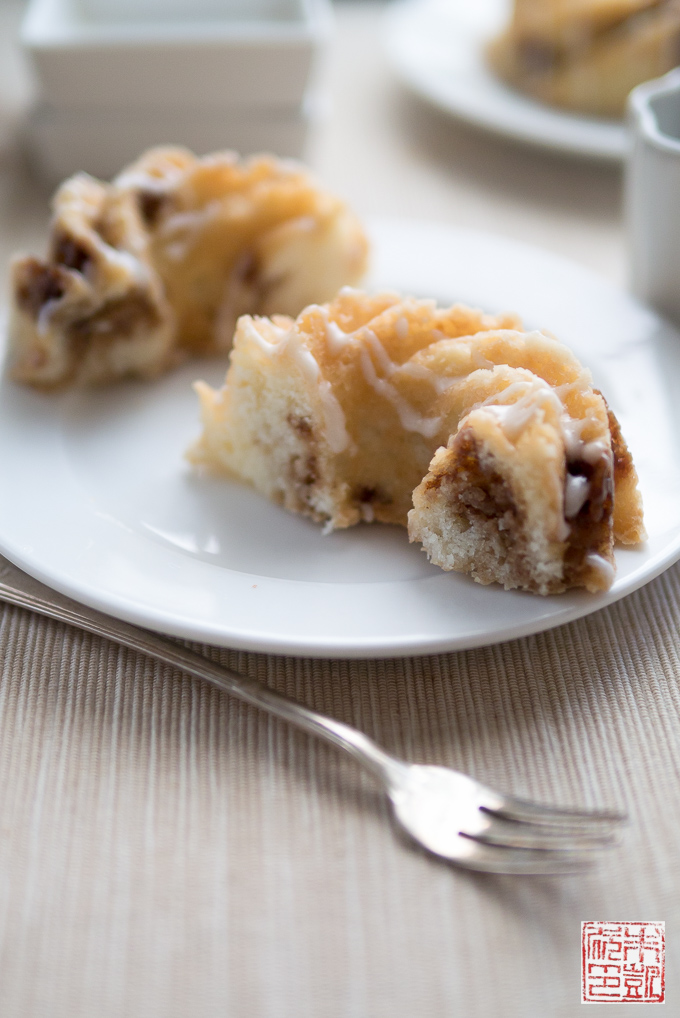 My husband could not stop eating these; that’s how tasty they were. They baked up beautifully in the mini bundt pan (just remember to grease and flour generously), and funnily enough I think they look a lot like French crullers! So they look like donuts, taste like cinnamon rolls, and are as easy to make as a cake. Sounds like a total winner to me!

There are dozens of equally inviting recipes in the book, like Red Velvet Cake with Blackberry Cream Cheese Frosting, Sea Salt Caramel Layer Cake, or Peach Cobbler Shortcake, all delectable, modern spins on some classic American favorites. If you’re looking to fill your house with the sweet scent of baking cake, of baking in the warm haven of your kitchen as the daylight wanes and the weather chills, I think you’ll enjoy this cozy gem of a book. 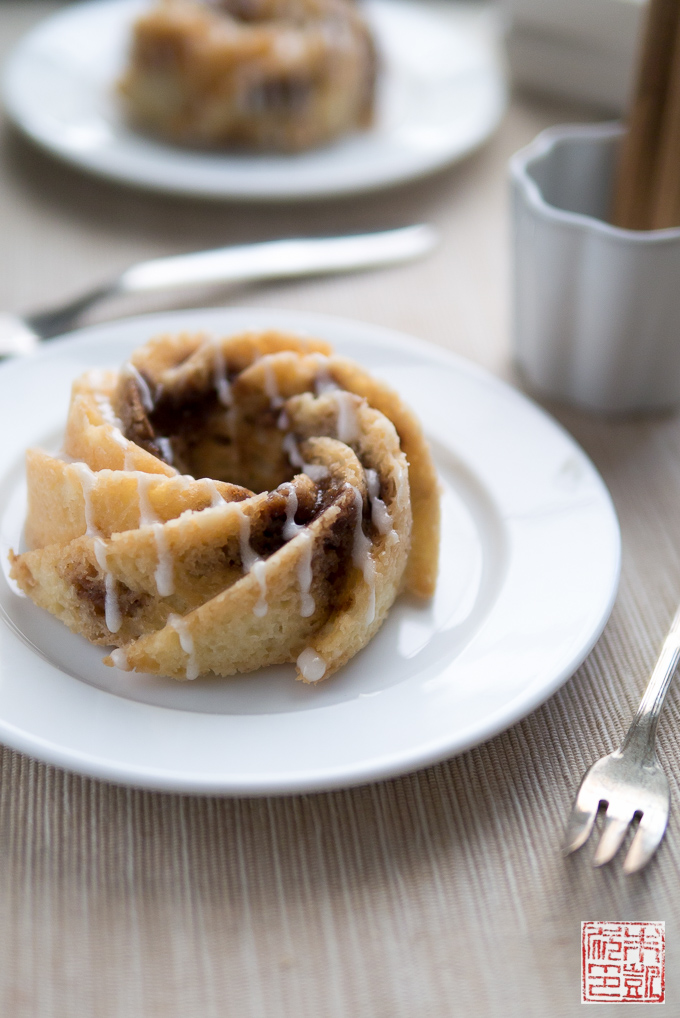 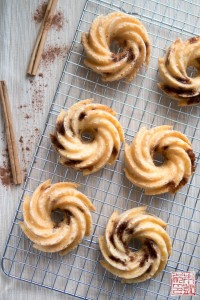