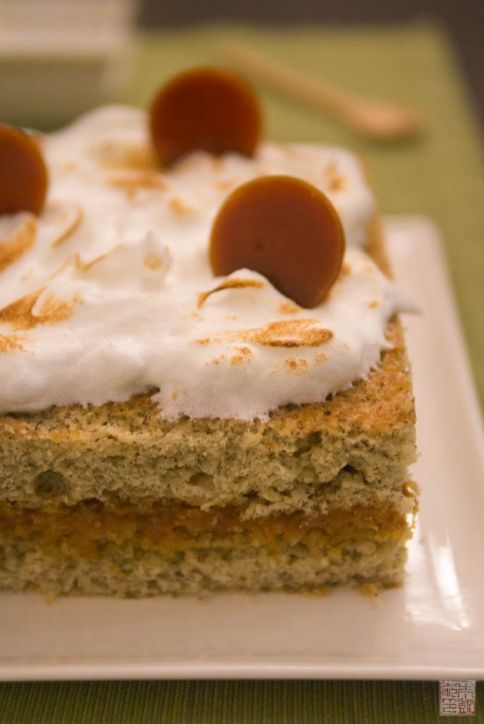 I’m all about soft, mushy foods these days; funny how a baby starting to eat solids will change your grocery shopping habits. Isabelle is a little foodie-in-the-making: although at eight months she’s still got no teeth (I’m sure the moment I write this there will be one popping out) it hasn’t stopped her from taking to solids with gusto. There hasn’t been anything she’s turned down so far – we’re steadily making our way through pears and papayas, to apples and avocados. 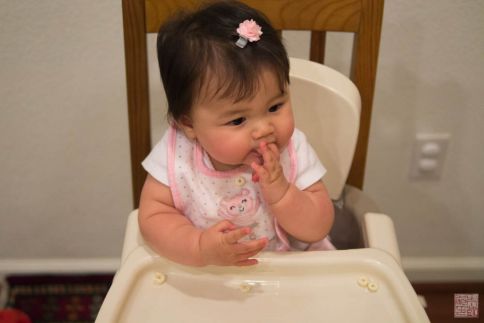 Her latest accomplishment – feeding herself puffs!

While Isabelle has been helping us ensure we stay well-stocked in produce, we can get a little overzealous sometimes. Cue a pile of browning bananas, too many for even a rapidly growing baby to handle.  It made me realize I hadn’t had made banana bread in quite a long time (I’m so looking forward to baking with Isabelle!) Instead of just regular old banana bread, I decided to go for the luscious banana cake from Matt Lewis and Renato Poliafito’s Baked Elements

. I love all their wittily-designed books, and I love the ingredient-centric organization of their third volume. Their banana cake is exactly as they describe: you can happily eat it straight without any of the other components. It’s soft, moist, fluffier than banana bread thanks to the cake flour and shortening, and comfortingly banana-y. Of course, the riper the bananas, the better the flavor. Although the original recipe calls for making a three-layer cake, I had more modest ambitions so I used two 8″ square pans and poured the remainder of the batter into a loaf pan, thus making the perfect loaf to snack upon while I assembled the rest of the cake. 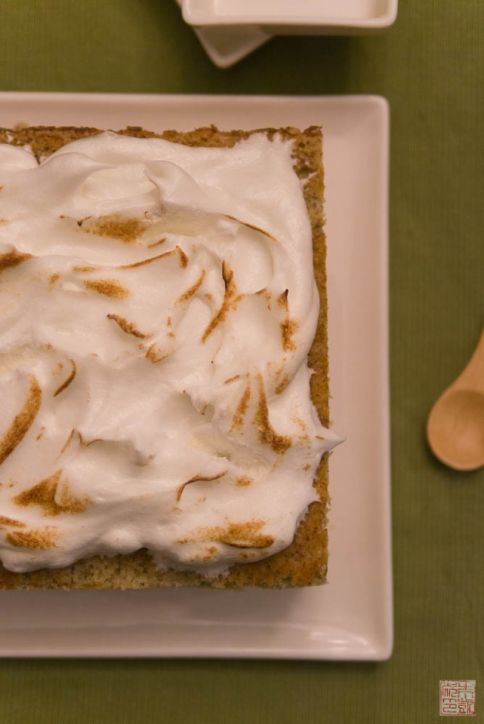 I’ve also been playing around with caramel in my kitchen, and my absolute favorite iteration so far is this passionfruit caramel: two disparate tastes, one buttery sweet, one puckeringly tangy, meshing together surprisingly well. I’m mad about passionfruit, but I think even if you aren’t you’ll still like it – the caramel base tempers the tartness of the passionfruit while letting its fruitness shines. With just a minimum of cream and butter, I had some pleasantly chewy caramels that melted on the tongue. A touch more cream and I had a honey-sticky sauce perfect for sandwiching between the layers of banana cake. If you aren’t one of the lucky people to have access to fresh passionfruit, I love the Perfect Puree’s passionfruit puree. To make the little caramels that decorate the top of the cake, I simply poured some of the caramel after adding only half the cream and butter, into some lollipop molds. I then added the rest of the cream and butter to give the caramel more of a sauce consistency. If you want to use a caramel as a pouring sauce for say ice cream, add even more cream. 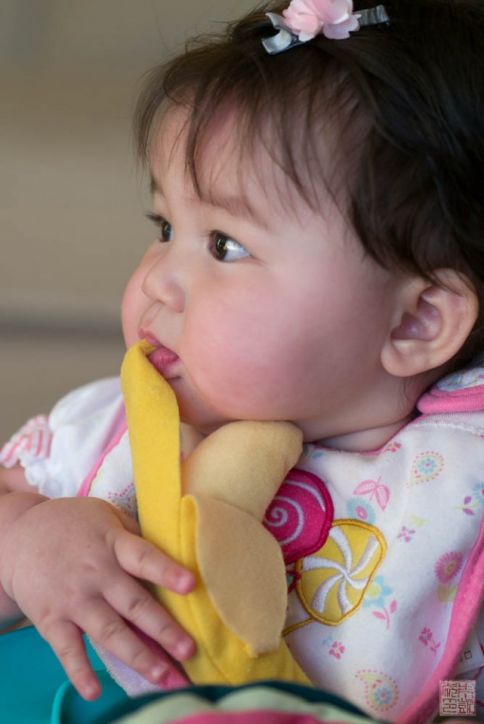 Just one more thing to top the cake – a coconut-scented swiss meringue, lightly torched. I prefer Swiss meringue since it’s so stable; the coconut keeps it from becoming too sweet and adds a nice airiness to the rich cake. I didn’t intend to make a tropical dessert, but everything came together and it’s both hearty and indulgent enough for the cooling weather while evoking the last vestiges of summer. Isabelle may have competition for the remaining bananas in the house! 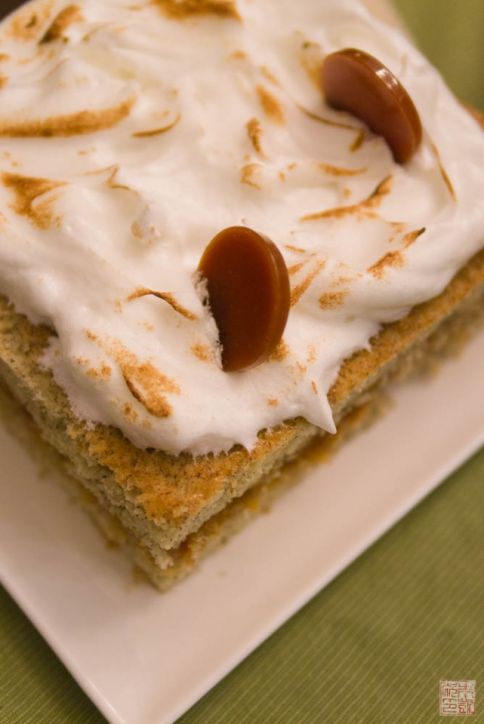