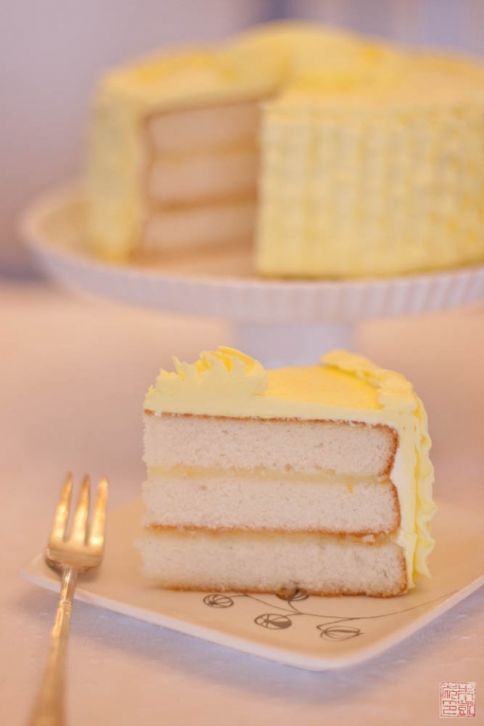 Thanks to everyone who commented on last week’s post with their favorite pie. I have about a hundred pie ideas to make now!

The two winners of a copy of Pieography are: 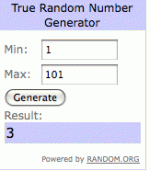 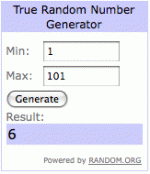 and commenter #6, Sarah! Congratulations! For the rest of you, remember my pie recipe is available on my site. 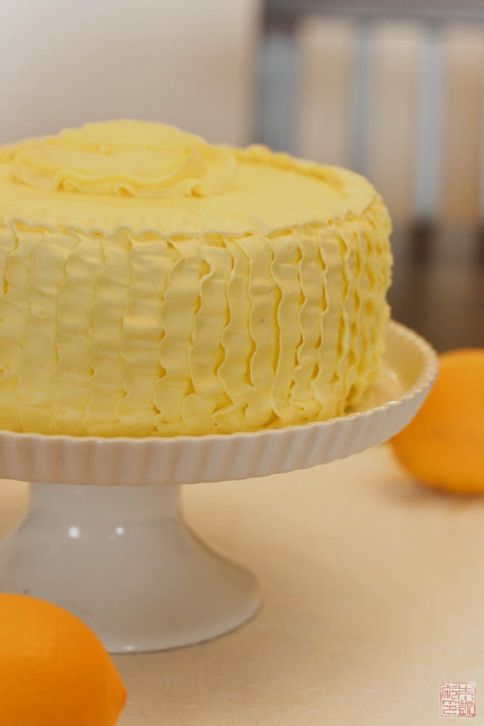 I’ve been slowly getting back into the kitchen – it’s easier on the weekends when there’s another pair of hands to take care of baby, while on weekdays it’s a tossup whether I manage to get changed out of pajamas before noon. I realized just how much my perspective had changed when making a layer cake, once a day-long project, turned into multi-day affair. Fortunately, with cakes it’s easy to break it down into components. And I actually finished it within my planned timeframe! That feels like a huge accomplishment these days.

I got a shipment of products from the quirkily-named Singing Dog Vanilla – I love their vanilla bean paste and I was thrilled to get to try out some of their other products. Singing Dog Vanilla works with farmers in Papua New Guinea and Indonesia to source their beans, so their vanilla tastes different from the more commonly-found Madagascar vanilla found in stores. It has more floral and fruit notes, which would probably come across really well in a custard or ice cream. However, I had a craving for vanilla cake.

The terms, “vanilla cake” and “white cake” are often used interchangeably, as nearly all white cake recipes use a little vanilla for flavoring. White cake is usually meant as a neutral canvas for fillings and frostings, so it’s not meant to be strongly flavored. However, I wanted this cake to really taste of vanilla. This was done by layering several vanilla ingredients: vanilla extract, vanilla bean paste, and vanilla sugar.

If you haven’t made vanilla sugar, it’s the easiest thing to make: Slice open a vanilla bean, scrape out the seeds, and place both the seeds and bean in a container of sugar. Covered airtight for about two weeks, and your sugar will smell (and taste) fabulously of vanilla when you open the container. Making vanilla sugar is also a great way to use vanilla beans when you’ve used the seeds for another recipe – this method works just as well with only the scraped-out bean. Use it in lieu of regular sugar whenever you want to punch up the vanilla flavor.

Because I was curious, I also made a version of the cake with just vanilla extract, for comparison. Naturally that cake was much more subtle in flavor, but it also tasted much less sweet. It was interesting that vanilla not only lends richness of flavor to items even when they aren’t specifically meant to be vanilla-flavored, but they also increase the sensation of sweetness. The triple-vanilla cake made with vanilla sugar, extract, and paste tasted like a sugar cookie, according to hubby. It also has a wonderfully fluffy crumb, yet holds together well – in short, ideal for making a layer cake. 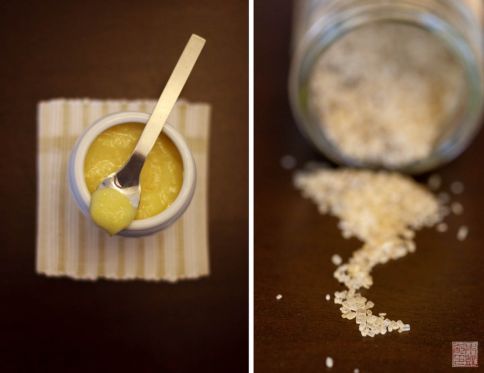 The perfect pairing for so much intense vanilla is some bright citrus. It’s the season for one of my favorite fruits – Meyer lemons. Milder than regular lemons but still acidic enough to provide a refreshing contrast to the rich cake. Ok, I admit I just wanted to make a bunch of lemon curd. I also used Meyer lemon juice in the buttercream to increase the lemony-ness of the cake. 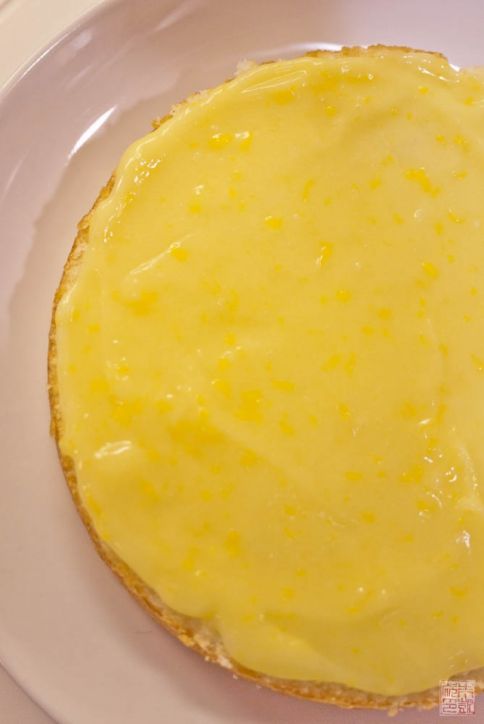 Don’t be afraid to be generous with the curd – the recipe makes more than enough. 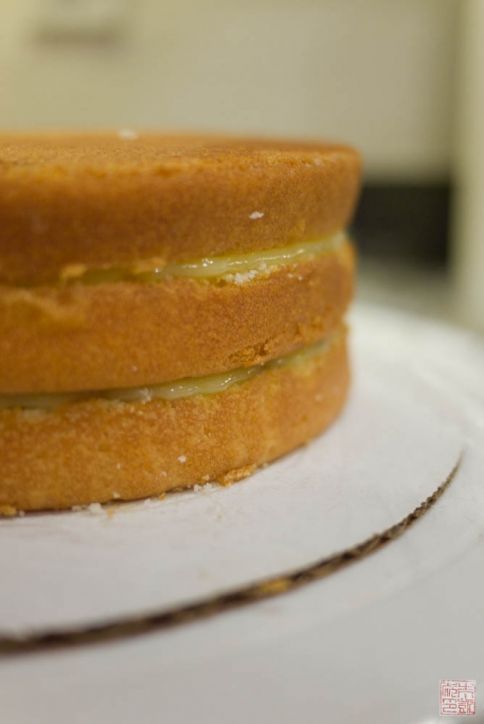 The basic cake recipe below makes two 6″ cake layers; if you want three layers like I did, you can simply make the recipe twice. The second time, fill one cake pan with half the batter and make cupcakes with the rest – that way nothing goes to waste! You can fill them with the lemon curd and frost with the remaining buttercream for some pint-sized versions this cake. 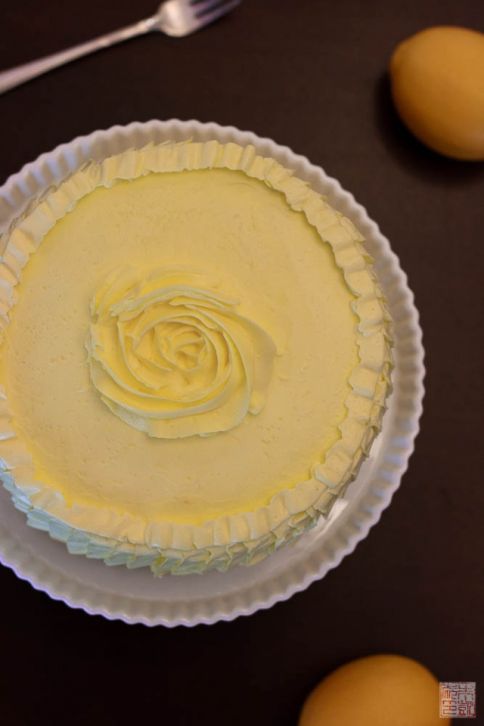 The decoration for the cake is inspired by this one on Bakers Royale; I really like this alternative ruffle pattern as compared to the traditional ruffle cakes, as it’s faster to do and also uses less buttercream. I like buttercream but I find too much can overwhelm a cake. Since I wanted to focus on the vanilla and lemon flavors, I decided to go with less buttercream embellishment. 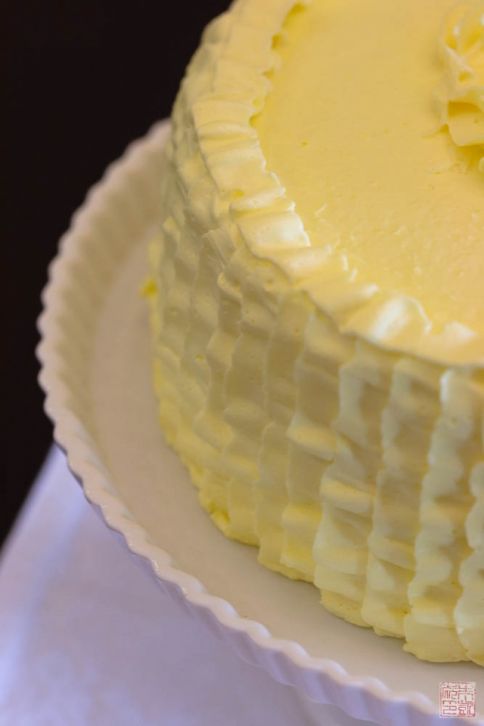 We were lucky enough to get some early warm weather here in the Bay Area, although this week it’s become more hit and miss. This sunny, sweet little cake will tide me over until spring proper arrives. And make me feel like I can hold onto my baker’s credentials still! 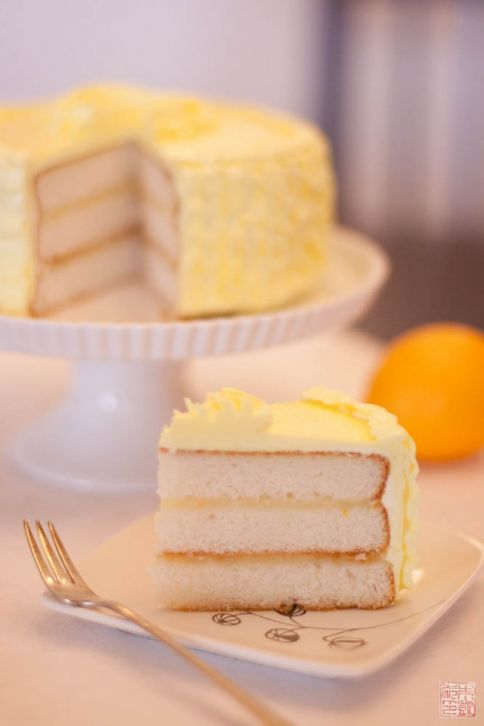