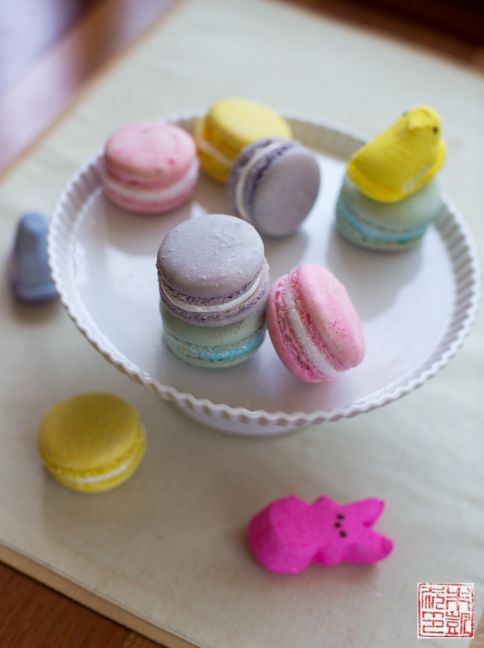 Time for some camera talk. I’ve been shooting with a Canon Rebel for most of my food blogging career; last year I decided to go the micro four-thirds route and have been taking pictures with my Panasonic Lumix DMC-GX1

. It’s been a fun challenge; the two cameras are totally different animals so it’s really like driving two completely different cars. Although there are many advantages to dSLRs, there’s a freedom to having a super lightweight camera that performs quite capably with a fantastic lens.

Recently I had the opportunity to try out some new photography gear courtesy of Lumoid, a new website for renting photography equipment. Although they’re relatively new, Lumoid has a very slick and impressive setup.

I spoke briefly to Aarthi Ramamurthy, the founder about Lumoid. I asked her frankly what she thought were the advantages of her company’s services, especially given the large number of camera stores already existing in San Francisco. Her response was that she really wanted to provide a seamless end-to-end experience with the goal of retaining customers. To that end, they have put an emphasis on customer service and attracting both novices and professionals.

The selection on their site centers around Canon and Nikon, with a few other smaller brands, including GoPro. Although the list doesn’t seem long, Lumoid is happy to track down any specific item you’re looking for. Ramamurthy explains that they’ve partnered with many photography retailers to access their inventory. So instead of you having to call numerous stores to see if they have a particular lens you want, Lumoid will do the work for you. This kind of service is what Lumoid hopes will help them stand out – proactive fulfillment of their customers’ needs.

As another example, people new to photography are often overwhelmed by the variety of choices available. Lumoid offers different bundles on their website for popular situations – weddings, kids, travel – for those who may not know exactly what camera or lens is best for their needs. The “Foodie”‘ kit consists of a Canon 6D, Canon 50mm f/1.2L lens, and Canon 100mm f/2.8L lens – for $35 a day. Pretty spot on – those are the lenses I’ve used with my old Canon for food photoshoots. You can also speak with a customer rep if you’re just not sure what kind of camera or lens you need.

I know there are many other excellent rental places both online and brick-and-mortar; however, Lumoid has definitely packaged itself appealingly for the tech-savvy, convenience-obssessed set. It’s very nice to have camera gear show up super quickly (usually within three days) on your doorstep, and to be able to ship it back when you’re done. They currently ship within the US only, but Ramamurthy said they would love to eventually go international, which would be fantastic for travel photographer. The prices seem competitive, and Lumoid will also work with you if you want something that isn’t listed on their site. Also, to further entice customers to stick with Lumoid, every rental earns you credits that you can apply towards a purchase – say, if you fall in love with a lens and really want to keep it.

Lumoid offered me a free rental to try out their site, so I went for the Canon 5D Mark III and the 50mm f/1.2L lens. I have to give Lumoid kudos because they had extended the offer to me a while back, but various scheduling conflicts kept me from being able to take them up on it because I didn’t want to have the camera when I had nothing to shoot! Finally, I got a handle on my schedule and made a last minute request, and they had the package to me in a couple days (they do offer expedited shipping if their typical 3 day shipping isn’t fast enough or you’ve a last minute need). 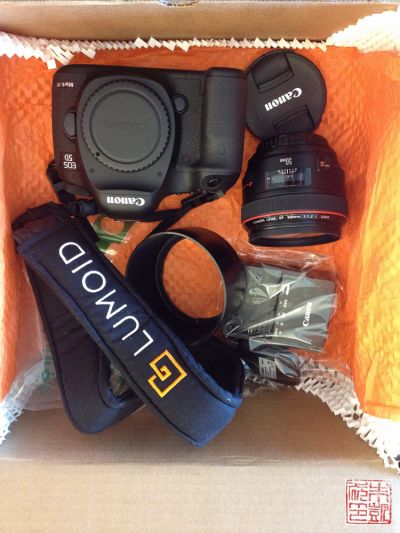 Everything came carefully packaged in the same box I would use for the return. I appreciated that they put in everything I would need, including lens hood for the lens, camera battery charger, a memory card, and a card reader. I could literally start shooting in minutes after I opened the box.

I had the camera for three days, during which I tested it out in a variety of situations. Note that any quality issues with the photos are due to my own abilities and unfamiliarity with the camera; having used Canons before the 5D was pretty easy to figure out and I’m sure a few more days would have benefitted my ease with its abilities as well. 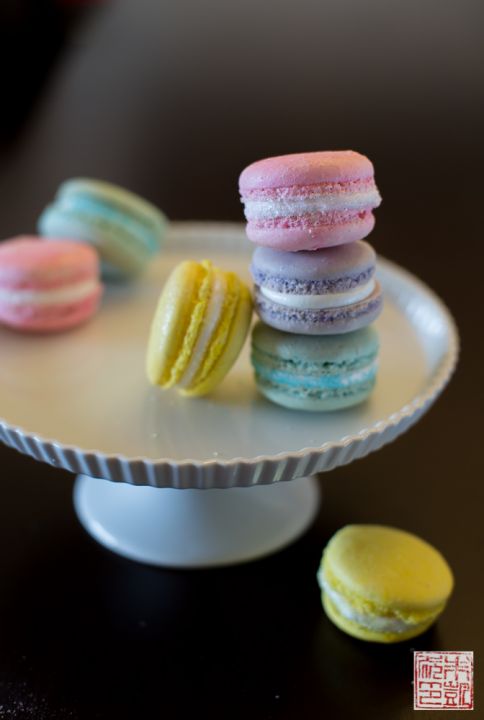 I used the Canon to shoot the macarons for my Easter macaron post – you can see more of the photos over there. The 50mm lens was great fun to use and performed nicely even in the darker recesses of my kitchen where there isn’t much natural light. 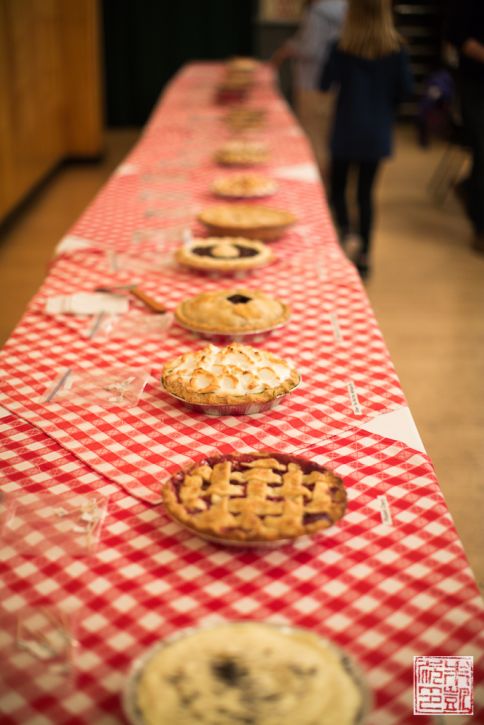 I was also lucky enough to be a judge at the Second SF Pie Social and Competition in San Francisco over the weekend. The event took place in a fairly dimly lit banquet hall – unfavorable shooting conditions to say the least. I managed to get this shot of the lineup: almost 30 pies entered. 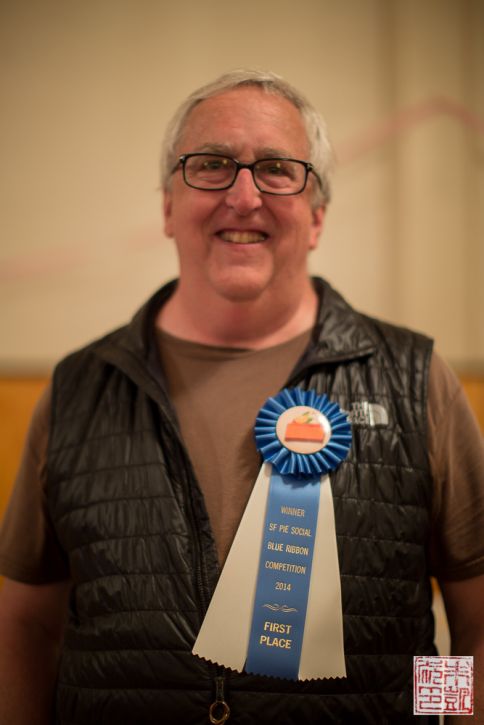 After a couple hours of deliberation (and a whole lot of pie), my fellow judges and I reached a verdict. This gentleman took first place with a pecan pie that all the judges agreed had the best crust. It is a pie competition, after all. 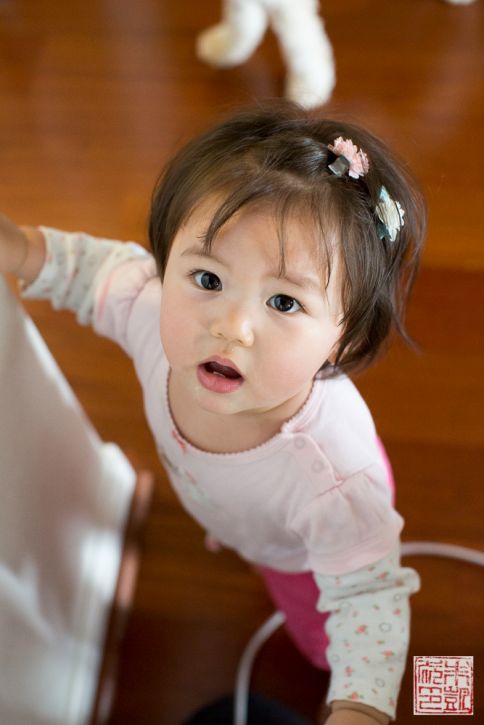 Finally, using the camera to shoot my favorite subject – 15 month old Isabelle. It’s been a challenge to capture a constantly-in-motion toddler, especially one who’s taken an interest in all electronics and makes a beeline for my camera when I pull it out. I think she was confused by the unfamiliar shape of the Canon long enough for me to get some shots. 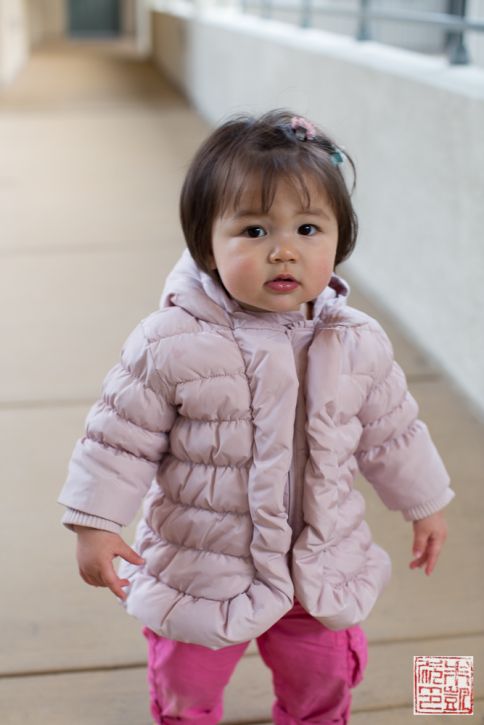 I had a great time trying out the Canon 5D Mark III – thanks for the great service, Lumoid! If I get the urge to try out some more gear or talk some shop, I’d definitely go back to them. I would love to see a more expanded selection on their site, especially for more specialty cameras like micro four-thirds, or accessories, but I believe they are working on that as they continue to grow, plus as they reminded me they are always happy to help find whatever their customer is looking for. If you’re looking to try out some new camera gear, Lumoid is a great choice.

Disclaimer: I was offered a free rental from Lumoid, however, all opinions in this post are my own.