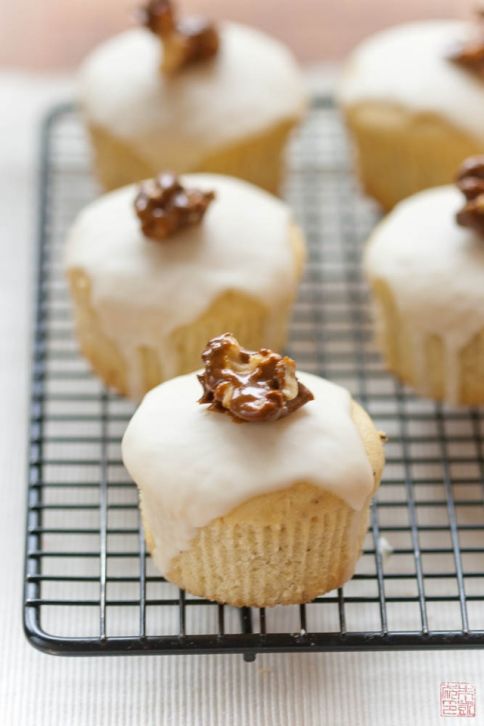 The days are starting to fall into some semblance of a schedule, albeit a very flexibly-written one. For example, baby is in her best mood in the morning, which means I usually spend that time interacting and playing with her, since she’s at her most adorable and responsive. Afternoons are more of a mixed bag: if she’s napping well I get some time to work on things, or, more usually, clean things up. If she decides she’s not into napping, the day kind of devolves into a cycle of rocking/walking/feeding/whatever quiets baby down. As with every parent before me, I’m sure, the importance of maximizing every scrap of free time becomes utterly paramount.

Last week’s example: I was testing out recipes for a separate project, and ended up with a bunch of buttermilk cupcakes. Perfectly satisfactory as recipe testing results go, but what to do with them now? Could I somehow repurpose them for a blog post? Sure I could eat them or give them away, but I’d rather find a better use for them, especially since I didn’t have time to do an entirely new recipe for the blog that day. Some of the ways I might have changed the recipe, like adding mix-ins to the batter, were no longer possible. I had also baked them in these awful random cupcake papers I was trying to use up, so they weren’t very photogenic either.

Compounding the challenge was the discovery that I had run out of granulated sugar. Oops, do I turn in my baker card now? How does a baker run out of sugar? I found out right after I had gotten home from taking baby and the dog out. Every parent knows that sometimes the prospect of re-loading baby and associated paraphernalia back into the car just to drive back to the store for one item, is too much to bear. No going back out again. So now I was reduced to the ingredients I had on hand in the pantry. 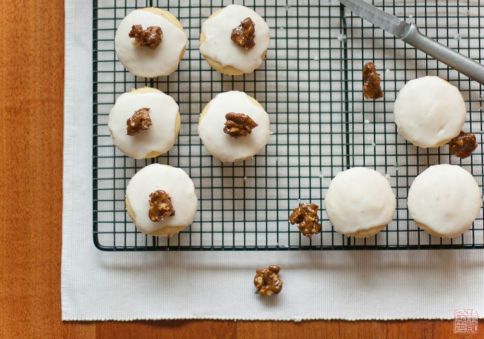 Luckily I wasn’t out of other forms of sugar. I ended up combining confectioners’ sugar and some Meyer lemons I also had lying around for a sweet lemon glaze to drizzle over the now-naked cupcakes. I also had plenty of brown sugar, so I also candied some walnuts, adding a sprinkle of sea salt and black pepper for some spice.

I’m pretty pleased with how the combination turned out. The buttermilk cake is a tangier version of a vanilla cupcake, pleasantly robust but not too dense. The lemon glaze gives a bright, sweet contrast and the nuts provide more textural interest as well as some spiciness – I always find spiced nuts super addicting. If I had planned out this whole recipe from scratch, I might have mixed the nuts into the batter, almost like a streusel, but they work fine as a topping too.

While I might never return to the total luxury of free time to waste, creativity under constraint isn’t a necessarily a bad thing either. Every thing I manage to accomplish outside of caring for the baby during the day feels like another little achievement to me, which I didn’t always appreciate pre-baby. Even mustering up the mental discipline to write a coherent blog post feels like a victory! So, here’s to making do and victory cakes to celebrate. 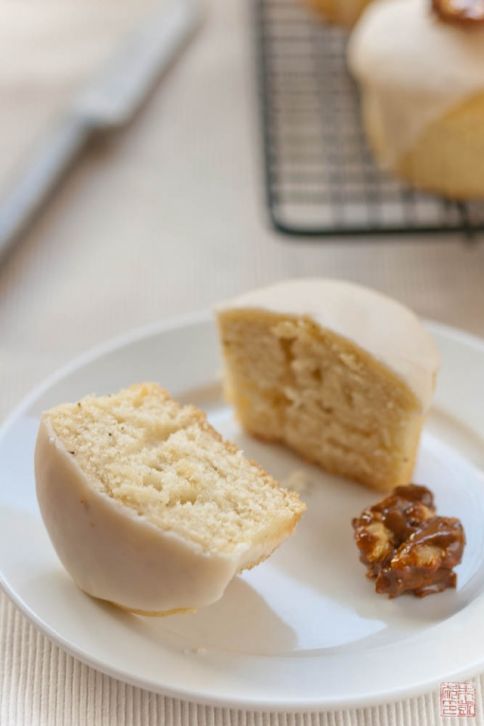