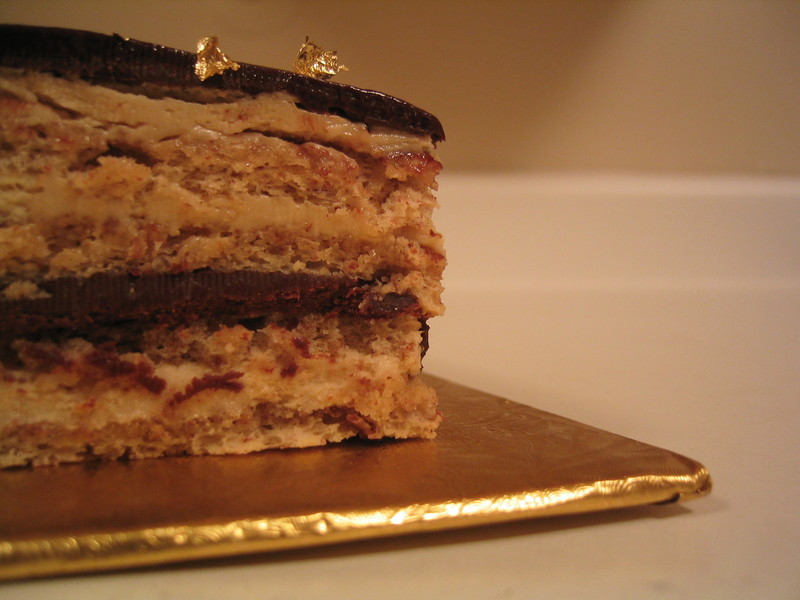 One of my favorite things I learned to make in pastry class was the Opera cake.  This classic French dessert was created by Louis Clichy, who called it – quite naturally – the Clichy. However, it was popularized by the Parisian pâtisserie Dalloyau as the Opera cake and is now mostly known by that name.  It is a wonderfully rich and dreamy combination of delicate almond biscuit or joconde, chocolate ganache, coffee buttercream, and chocolate glaze. It’s like a very refined and decadent layer cake.

I used a version of the recipe which called for four layers of the joconde, three layers of buttercream, a layer of ganache, and the glaze.  While the combination of flavors and textures was just as luscious as I remember,I think I prefer the slimmed-down seven layer version I’ve made before.  The balance of buttercream and chocolate seemed to work better.  (I’m not the biggest fan of buttercream, but its espresso-laced incarnation in the opera helps make it the out of the world experience it is for me). 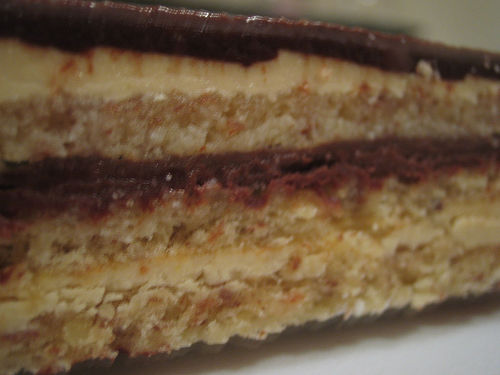 – she adapted Dalloyau’s own version of it! I actually had the fortune of trying Dalloyau’s version in Paris last fall.  I have to say that even though I was a tourist buying just a 5 euro slice of cake, I was treated with the same friendly, smiling service that all the other customers picking up their orders of foie gras and truffles! 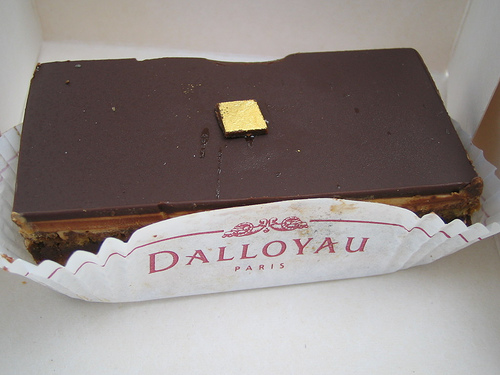