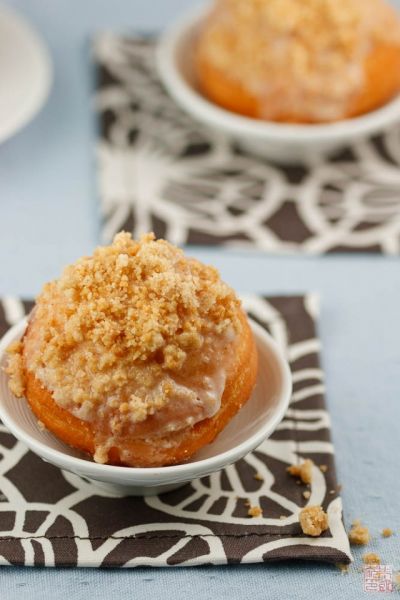 Valentine’s Day just around the corner? How did we get to February already? Well, just in case that you thought that getting married meant an end to romance, I am concocting something hopefully-appropriately-amorous for next week. In the meantime, you can hop over to Gourmet Live and see my contribution to the Top 15 Romantic Restaurants across America. It’s hard to choose from the ever-updating pool of restaurants in SF, but this is one of my current faves.

Also, to tide you over until V-day, another donut recipe! (So I still had donuts on the brain after two weeks of deep-frying). The donut class I taught was about 5 hours long, which wasn’t nearly enough time to cover all the types of donuts out there, or all the ways you can fill and decorate them (maybe a part 2 class is necessary?) This is one recipe that didn’t make it into the class, but I really wanted to include: an apple filled donut with a crumb topping. 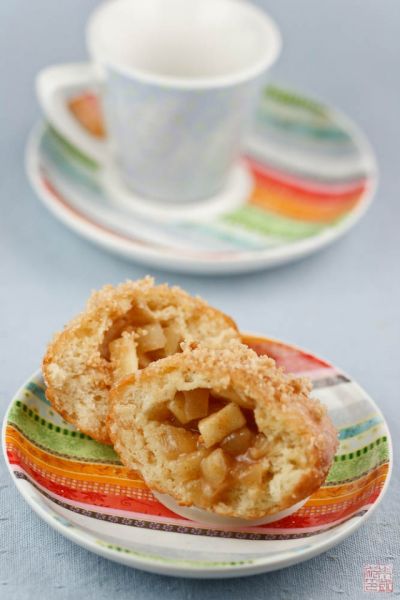 This donut combines my favorite cinnamon apple filling with my favorite type of donut topping – crumb. Actually, since you need to glaze the donuts so that the crumb topping will stick, it has both of my favorite donut toppings, so it’s kind of a can’t-miss. The recipe has several parts, but you don’t need to make them all, and you can get quite a few permutations out of the various components: the actual donut is a great basic yeasted donut recipe, and you can make simple donuts and donut holes with it. If you don’t feel like making the streusel crumb topping, you can just glaze the donuts. I like the apple filling because it’s not overly sweet and makes this donut a cross between coffee cake, Danish, and fried pie, but you can also fill the donuts with jam, pastry cream, Nutella – you get the picture. 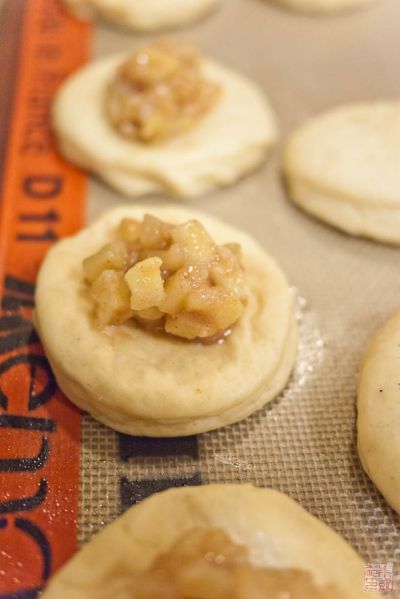 Normally, for filled donuts the easiest way to make them is just to cut out rounds of dough, fry up the donuts, and then use a piping bag fitted with a long tip (like a Bismarck tip) to pipe the filling in. However, because the apple filling is so thick, it works better to sandwich them between two rounds of dough, then use a biscuit cutter to re-cut and seal the edges together. Make sure you leave enough of a border all around so there’s room to re-cut the donuts. They look a little like flat biscuits up there in the photo, but once they go through a second proofing they’ll get nice and pillowy-fluffy again.

I’ve had some questions from students who are afraid of working with yeast, and I have to say donuts are probably one of the easiest ways of working with yeast. There is so much sugar in the dough, that it’s practically impossible that the yeast won’t develop and rise. Plus, all that sugar plus butter makes the dough pretty forgiving taste-wise as well; you’re not relying on just flour, water, salt, and proper technique as you are with bread. My personal cooking fear is not yeast but hot oil: that’s one of the reasons I prefer baking to cooking. Mastering yeasted donuts was an excellent motivator for me to conquer that fear.

Ok, I need to go through serious donut detox after this, but it was worth it for the this last recipe! 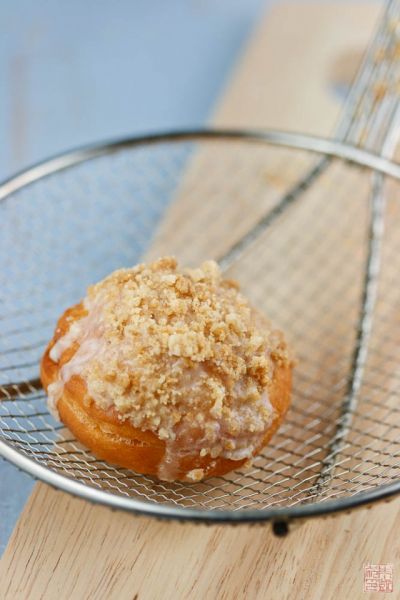