It seems there are new daily deal sites appearing on the internet every day – to the point that it seems almost embarassing to be paying for anything full price. One of my favorite guilty pleasures every morning is to peruse all the sample sale sites as I’m eating my cereal…because, of course, buying a $1500 LV purse for $800 is such an amazing deal.

Actually, if I could afford $800 purses with impunity, I probably wouldn’t need to wait for them to go on sale. And I’d rather direct my discretionary income towards food. (Although if that purse goes down to $200…call me!)

I was excited to learn about Blackboard Eats, a site that delivers weekly deals on restaurants in San Francisco, Los Angeles, and New York City. There’s also an “Everywhere” edition that promotes of-the-moment foodstuffs, like Blue Bottle Coffee.

The deal is generally 30% off your meal or a prix fixe menu. As a bonus, the featured restaurants have been researched by Blackboard Eats’ editors and the site includes their reviews and menu picks. 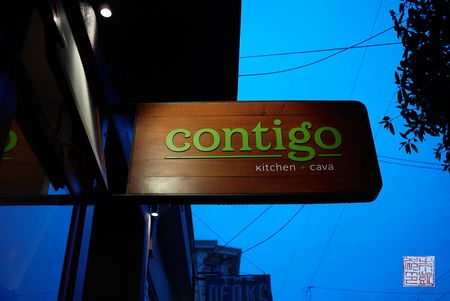 I used one of their most recent SF passcodes to visit Contigo, a charmingly unpretentious Spanish tapas kitchen in Noe Valley. Contigo has earned a soft spot in the hearts of many foodies, as many of them (including me) followed chef Brett Emerson’s documentation of the journey to open Contigo on his wonderful blog In Praise of Sardines. 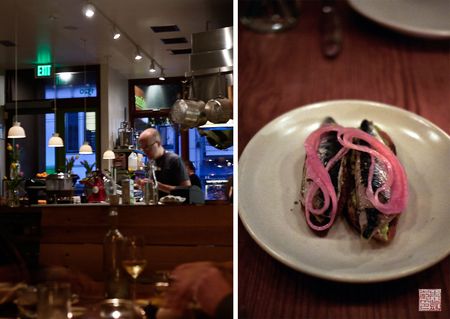 above left: Chef Emerson at work in the beautiful open kitchen. right: yes, there are sardines on the menu. Namely, wood oven roasted sardines and avocado on toast with pickled onions and smoked sea salt. Oh. Yes.

We all rejoiced when Contigo opened. And also because the tapas are so fantastically tasty. I had the seven course tasting menu, which included the sardines above as well as: 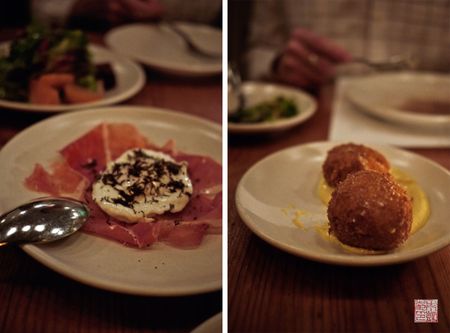 Dessert was a no-brainer, as well: 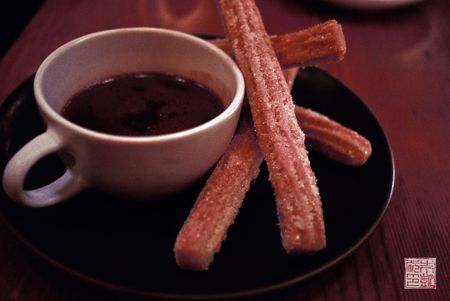 Barcelona style hot chocolate – thick enough for one of those fried-to-order churros to get stuck in. You’ll drain that cup with not one iota of guilt, it’s so good.

The Contigo offer is over, although you definitely should still visit Contigo! Every week new restaurants are featured on Blackboard Eats.

To get in on the deals, you can either buy a passcode for an individual deal for $1, or you can get an annual membership for $20, which allows you access to as many passcodes as you want. I’m pleased to offer two memberships to Blackboard Eats, to the city of your choice, to Dessert First readers!

To enter, leave a comment naming your favorite new restaurant you tried last year. I’ll pick two winners at random. Please note that the cities currently covered by Blackboard Eats are San Francisco, Los Angeles, and New York City, and the memberships are not transferable, so enter only if you’re able to use the membership!