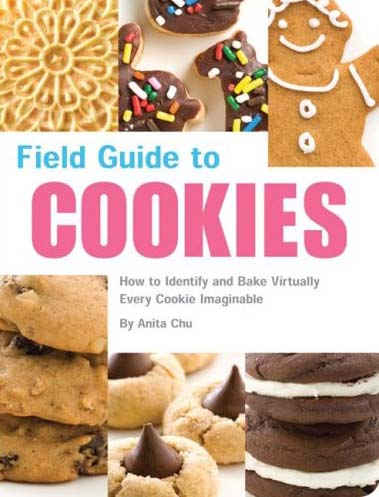 Each entry has a description and history of the cookie, along with a recipe, baking tips, and serving suggestions. Helpful sections on ingredients, tools, and techniques will also help ensure your cookies come out perfect every time. And, there is a photo of each cookie, so you’ll be able identify them both in the kitchen and out, just like any good field guide!

Field Guide to Cookies is published by Quirk Books. You can purchase it from Quirk Books, Chronicle Books, Barnes and Noble, Borders, or Amazon. Please also look for it at independent booksellers near you – if they don’t have it, let them know!